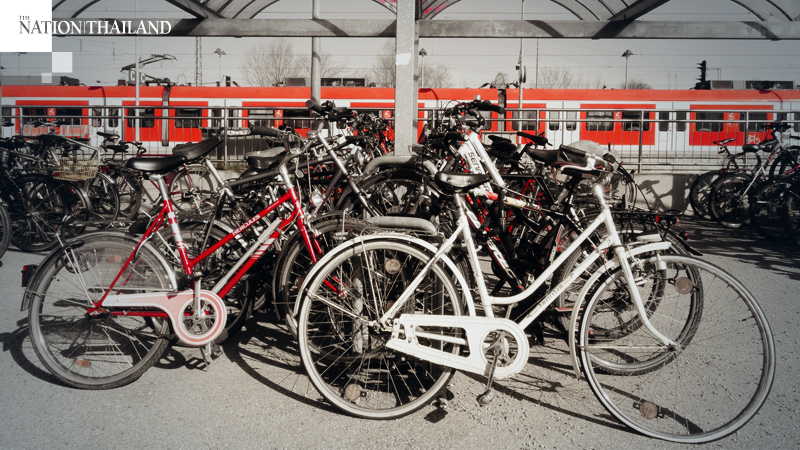 As we shift to the new normal, the use of bike-share services is rising in urban areas as an ideal means of transportation as many people remain worried about the spread of the coronavirus.

The trend reflects more people trying to reduce their use of trains and buses to avoid the “Three Cs” — closed spaces, crowded places and close-contact settings — as well as in-demand delivery services using bicycles. However, it has also created such issues as bike ports being completely full, leaving operators to deal with the problem.

In mid-May, a man wearing a jacket was seen unlocking a bicycle via his smartphone in an office district in Tokyo. More ports for bike-share services are being set up, mainly in urban areas, and users can rent or return a bike anywhere via smartphone apps. The fee is about ¥100 for 10 minutes.

As daily life was becoming more impacted by the spread of the virus, bike-share services gained more attention. Docomo Bike Share, Inc., a major bike-share service operator with about 13,600 bikes nationwide, saw an about 20% increase in the number of new registrants in both April and May, compared to March.

Charichari, the bike-share service in Fukuoka, also saw a surge in the average number of bikes used per day in May to more than 5,000, marking a record high.

Kentaro Iemoto, president of Neuet, Inc., which operates the service, said the figure represented “an amazing shift in lifestyle habits” and plans to expand the business to other urban areas.

Luup, Inc., a new company in the bike-share industry, plans to start its services in Tokyo soon. The start-up develops electric kick scooters that are currently not allowed to be used on public streets but hopes to bring them into the bike-share market after the relaxation of current regulations.

The need for bike-share services will likely increase as people try to be careful about virus infections in the new normal. Each company sanitizes the grips and seats of the bikes they operate.

However, because of its popularity, some ports have run out of available bicycles, while others are overflowing with bikes and blocking public roads. There are also concerns about users not returning the bikes to a designated port.

Bike-share service operators have their staff members respond to these problems by monitoring the situation of each port based on the bicycles’ GPS location, but they may have to increase the number of staff under the current circumstances.

“We need to use artificial intelligence to more accurately forecast demand,” said an official of Docomo Bike Share.