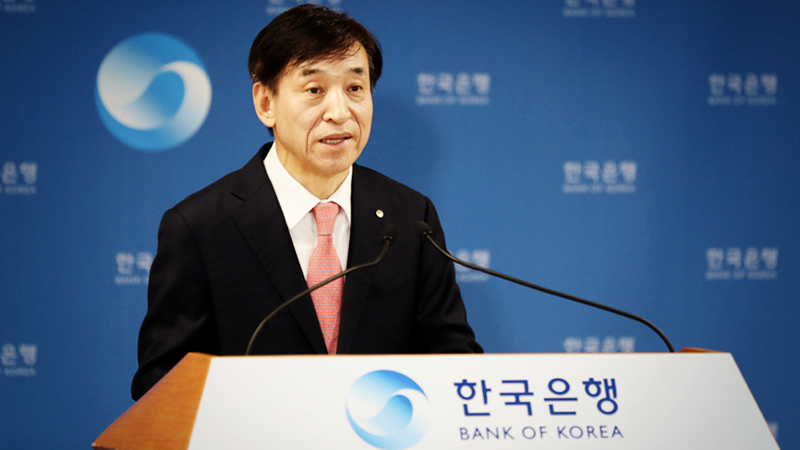 By The Korea Herald/ ANN

It also cut the policy rate to an unprecedented 0.5 percent, further down from the previous record low of 0.75 percent, keeping pace with the government’s expansionary fiscal actions to shore up the virus-hit economy.

The Bank of Korea’s decision-making body -- Monetary Policy Board -- presented its economic outlook report, in which it curtailed the growth forecast to minus 0.2 percent for this year, drastically down 2.3 percentage points from its previous estimate.

Earlier in February, before the impact of the new coronavirus spilled over to the rest of the world, the BOK lowered its forecast for the nation’s gross domestic product to 2.1 percent for this year, down 0.2 percentage point from a year earlier.

“Under optimistic scenarios, the growth rate could end up higher than the 0.2 percent contraction, but may also dip further, should the situation worsen,” said Gov. Lee Ju-yeol in a related press conference.

The event was broadcast via BOK’s YouTube channel, amid continued quarantine precautions.

Asia’s fourth-largest economy has so far posted two annual contractions since the BOK began compiling such data in 1953 -- once in 1980 and later in 1998 during the Asian financial crisis.

After dipping to negative growth this year, Seoul’s economy will rebound next year to a 3.1 percent on-year growth level, the BOK added. The figure is up 0.7 percentage point from the previously-suggested 2.4 percent.

This is the first time that Seoul’s central bank has projected an on-year economic contraction since July 2009, in the wake of the global financial crisis. Back then, the BOK had anticipated the economy to contract 1.6 percent on-year.

While an outlook in the zero percent range had largely been anticipated, the negative growth scenario by the central bank shocked markets.

Last week, the state-run think tank Korea Development Institute said that the economy will expand 0.2 percent on-year in 2020, with some possibility of falling as low as minus 1.6 percent, depending on how the pandemic unfurls. Other domestic and global institutes such as the Korea Institute of Finance and the International Monetary Fund have also estimated an on-year contraction of the Korean economy this year.

The BOK’s pessimistic stance came as the country is likely to face a prolonged economic slump throughout the year.

For the January-March period, the economy contracted 1.4 percent on-quarter, marking the lowest growth since the final quarter in 2008 following the global financial crisis.

Exports in April nosedived 24.3 percent on-year and continued to dwindle in May, marking a 20.3 percent dip as of May 20 from the same period last year, according to the Korea Customs Service.

Reflecting the aggravating economic environment, the central bank slashed the base rate further by a quarter percentage point to a record low of 0.5 percent.

The quantitative easing came only two months after the BOK carried out a “big cut” to an unprecedented 0.75 percent in March, slashing 50 basis points from the previous 1.25 percent.

In regards to the March decision, a considerable number of market observers had speculated that the BOK may maintain a wait-and-see approach and shelve the rate change decision until the next board meeting in July.

The latest meeting also marked the first since a reshuffle of board members in April. As the seven-member panel includes two ex officio members -- BOK Gov. Lee Ju-yeol and Deputy Gov. Yoon Myun-shik -- the change of three out of five remaining members was deemed a major realignment of the decision-making body.

The total number of virus infections here stood at 11,344 as of Thursday, more than four months after the country reported its first confirmed case on Jan. 20.