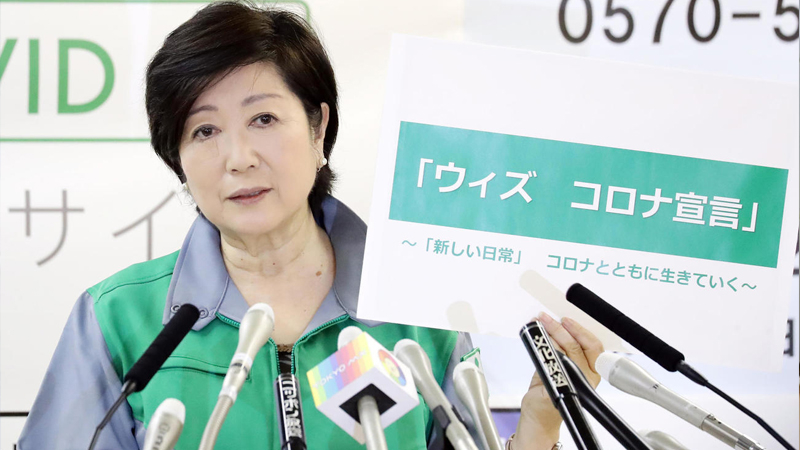 The Tokyo metropolitan government has announced it will move to the stage two of its road map for lifting business suspension requests at midnight Sunday.

In the second phase, a wide variety of commercial facilities, including movie theaters, gyms and department stores, will be able to operate again.

Other prefectures, such as Hokkaido, Aichi Prefecture and those in the Kansai region, intend to largely ease business suspension requests from Monday. Moves for economic activities to return to normal in the wake of the coronavirus spread are expected to accelerate nationwide the same day.

The number of people infected with the virus is on the rise again. However, Tokyo Gov. Yuriko Koike said at a regular press conference on Friday that “there were opinions from experts that it would be possible to move to the next stage by taking thorough preventive measures against the infection.”

Koike added, “While preparing for a second wave of infections, we’d like everyone to cooperate to create new daily lives.”

Based on the road map, the metropolitan government plans to ease its suspension requests in three stages when criteria such as “an average of fewer than 20 new cases per day for a week” are met.

On Tuesday, the day after the central government lifted the declaration of a state of emergency, the metropolitan government entered the first stage, allowing places like libraries and sports facilities to start operating again.

The Tokyo government initially considered moving to the second phase this weekend in consideration of the negative impact on the economy. But the daily number of cases increased to double digits from Tuesday, indicating an upward trend.

Considering that the central government in its guidelines set Monday as the date for reopening gyms and other facilities, the metropolitan government decided to postpone the start of its second stage to the same day, instead of the first weekend after the lifting of the emergency.

It has yet to decide when to move to the third phase — which will allow businesses including karaoke bars and pachinko parlors to reopen — and continues to call on people to refrain from going out for nonessential and nonurgent matters, such as traveling to other prefectures.

Other prefectures will also largely ease or totally lift their requests from Monday.

On Friday, the Aichi prefectural government said that on Monday it will lift its business suspension requests for eateries such as pubs, live music houses, karaoke shops and gyms. With this, all business categories in the prefecture will be free of suspension requests.

The three prefectures of Osaka, Hyogo and Kyoto decided to lift their requests for businesses including karaoke bars, nightclubs, live music houses and gyms from Monday.

Hokkaido also announced Friday it will totally lift suspension requests for all business categories from Monday. Chiba Prefecture will lift requests for pachinko parlors, karaoke bars, gyms and other facilities the same day.

On the other hand, while Fukuoka Prefecture intends to completely lift its requests on Monday, the exception will be Kitakyushu, as the virus continues to spread there.