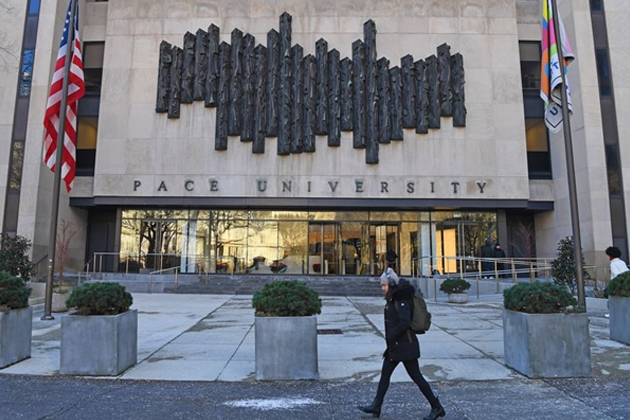 A student walks past a building of Pace University in New York, the United States, Dec. 19, 2019. [Photo/Xinhua]

The US side's latest action under an abused concept of national security and flimsy excuses "runs counter to the common aspiration for friendly people-to-people, especially youth-to-youth exchange," as Chinese students and researchers have been an important bond of friendship and bridge for scientific and educational exchange between Chinese and American people, Zhao said.

He made the remarks at a press briefing in response to US Secretary of State Mike Pompeo's statement on Monday, in which he said the US side would not tolerate China's attempts to illegally acquire technology and intellectual property from US academic institutions and research facilities for Chinese military ends.

"Mr. Pompeo is used to weaving lies as excuses for his wrongdoing, and his statement on this issue is no exception," Zhao said.

"Taking a backward step like this will only bring harm to oneself and others," he said.