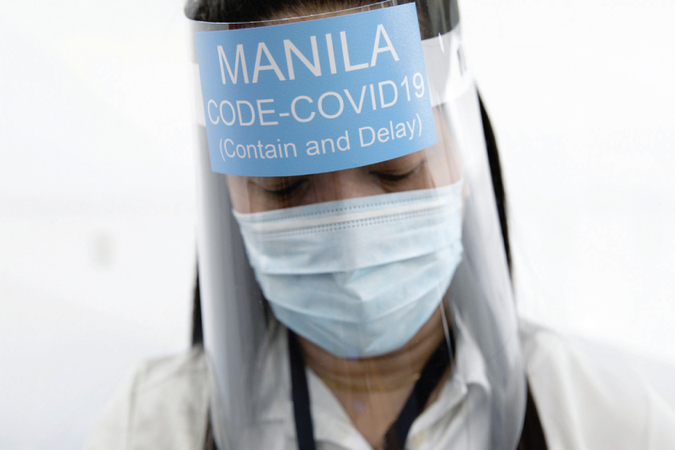 MANILA, Philippines — Metro Manila still accounts for nearly half of all the active COVID-19 cases in the country with health officials reporting a national caseload of 65,304 from the 2,357 new cases tallied on Saturday.

Of the new cases, Metro Manila accounted for more than three-quarters with 1,824 cases. Laguna was a far second with 105 cases, followed by Cavite with 62, Cebu with 49, and Rizal with 39.

Data from the Department of Health (DOH) show that of the 38,183 active cases as of Thursday, 17,841 are from Metro Manila. The number of active cases in the capital region grew by 4,144 from Thursday last week.

There were also 113 patients who succumbed due to severe respiratory disease, bringing the toll to 1,773 since the country’s first death in March.

Big names among first to go in ABS-CBN ‘bloodbath’

Light at end of tunnel

Central Visayas accounted for 87 of the new fatalities, followed by Metro Manila with 23. Calabarzon, Bicol and Western Visayas each had one fatality.

But there’s a very small light at end of the country’s COVID-19 tunnel, Health Undersecretary Maria Rosario Vergeire said on Saturday, as the case and mortality doubling time appear to be lengthening.

“[But] the value of ‘case doubling time’ is not used to predict or estimate how many cases there will be in the future. Other methodologies, such as disease modeling or projections, are done to compute future case numbers. Instead, case doubling time was generated by analyzing how many days it took for the new number of cases to double,” she said.

Mathematicians from the University of the Philippines, however, paint a grimmer model and have urged the government to reimpose a stricter quarantine given the rise in new infections and hospitalizations in the capital region.

President Duterte initially agreed to the suggestion from UP but later upheld the recommendation of Interior Secretary Eduardo Año and COVID-19 chief implementer Carlito Galvez to allow local governments to step up their quarantine measures.

There are now a total of 22,067 patients who have gotten well from COVID-19 with the recovery of 321 more patients but the metropolis would have to do more over the next two weeks, especially since 74 percent of the 5,987 hospital beds dedicated to COVID-19 patients are already occupied.

Based on DOH data as of Friday, there are only 188 intensive care beds, 177 ward beds and 645 isolation beds left available for the entire capital region.

Nearly half of all mechanical ventilators are also in use, with 419 still vacant.