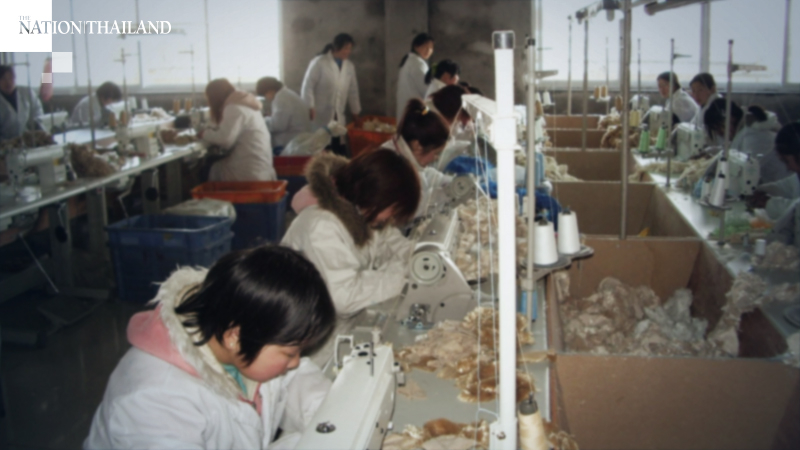 HÀ NỘI — Đặng Thanh Nga, 40, in Hà Nội called 10 sewers back to work for her garment factory just a few days ago as orders increased last week. Now she has no work to give them as all the orders have been cancelled.

The new wave of the COVID-19 pandemic came suddenly in Việt Nam last weekend and has continued to spread. The country recorded its first death related to COVID-19 on Friday.

Nga’s business, like many others, had just started recovering after more than four months since the first outbreak, but now it's all change again.

In early July Nga's factory had so many orders that she didn't have enough workers, now after a series of new cases of the virus, customers kept calling to cancel orders.

Nga told Việt Nam News: "I am trying to get rid of the losses during the beginning of the year but now everything is worse again," adding that the worse thing was she paid for all the cloth and materials and employees she called back.

She said she was considering shifting to sewing cloth masks.

Speaking to local media, Tiến Nam, deputy director of a construction enterprise in Hà Nội, said: "We have agreed to postpone the construction date scheduled to begin in early August. This is a difficult decision for both sides but there is no other way."

“It is cancelled again now and I don't know when to start the project,” said Nam who added, "Machinery has been fully transported to Đà Nẵng since a week ago, engineers and workers have mobilised for the construction work.”

At the beginning of the year, the company was forced to cut its workforce by half and slash the salaries of officials and leaders by 30-50 per cent. The enterprise had begun to recover, but the second wave of infections has left him uncertain about the future.

The new wave of COVID-19 has also affected event organisers.

A representative in a Hà Nội-based media company told Việt Nam News his customers had cancelled five events and he estimated more cancellations were on the way.

He said the latest cancelled event was a customer conference specialising in electrical equipment held in Đà Nẵng. The company has paid for all the air tickets, guest expenses, singers and hosts as well as half of the conventional costs.

In the retail industry, the same things have happened. According to local media, a Japanese retailer in HCM City has paid more than VNĐ500 million (US$21,800) for a competition to improve the skills of its employees operating the supermarket system. They have also been forced to delay the event.

It has been estimated that by the end of June, nearly 31 million workers were negatively affected by the pandemic. The General Statistics Office also reported an additional 5 million people will lose their jobs by the end of this year, while the pandemic caused more than 145,000 businesses to stop operations, dissolve or go bankrupt in the first half of the year.

Amidst the pandemic, there was still an opportunity for other sectors, especially in the field of anti-pandemic products.

Thân Đức Việt, General Director of May 10 Corporation said May 10 produced 5 million cloth masks, gaining revenue of about VNĐ35 billion, adding: "Thanks to the production, May 10 still maintains jobs for employees in the whole system.”

Phạm Thị Phương Hoa, general director of Hưng Yên Garment Corporation said the corporation had enough orders for the third quarter and was looking for new applications for the fourth quarter.

But success stories in the garment industry are not the majority.

Professor Đinh Trọng Thịnh from the Financial Academy said: “The number of businesses that are dissolved or shut down may increase if the pandemic is complicated and unrestrained.”

"If the second wave develops complicatedly, the economy may be in a state of turmoil and then businesses, especially small and medium-sized ones, will struggle to resist," he added.

According to him, what producers need is orders to maintain trading activities, not only financial support from the Government. VNS