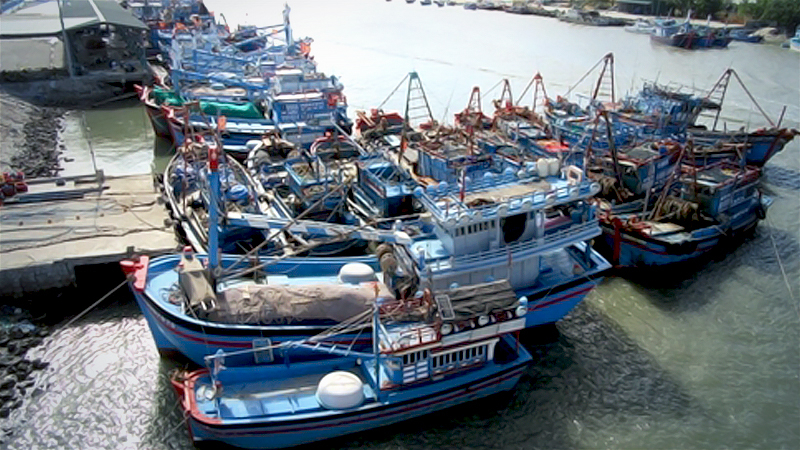 Addressing the fourth session of the National Steering Committee for IUU Prevention on Tuesday, Dũng said that Việt Nam has coordinated closely with the EC in fighting IUU fishing and achieved many progresses in enforcing EC recommendations.

However, the improvements are not enough, Dũng stressed, pointing to the slow implementation in several localities.

He assigned the Ministry of National Defence to continue stepping up patrols at overlapping and undefined waters between Việt Nam and other countries.

The Ministry of Public Security was requested to strictly investigate cases related to bringing Vietnamese fishing vessels to operate illegally in other countries’ waters, and strengthen international cooperation in this field.

Meanwhile, the Foreign Ministry was asked to speed up negotiations towards the signing of agreements on delimitation of special economic zones between Vietnam and other countries, and exert efforts to ensure legitimate interests of Vietnamese fishermen when they are arrested illegally by foreign authorised forces.

For the long-term solution, the Deputy PM stressed the need of reducing exploitation and increasing aquaculture.

Speaking at the event, Minister of Agriculture and Rural Development Nguyễn Xuân Cường said that after nearly three years receiving the yellow card warning, Việt Nam has finished a large volume of works recommended by the EC, with the national steering committee set up and a number of related decrees, circulars and legal documents issued.

The number of Vietnamese fishing boats seized by foreign forces in the first eight months of 2020 decreased, and 80.61 per cent of vessels with a length of 15m or more had been equipped with the vessel monitoring systems as of August 31.

According to the minister, the EC has made acknowledgements of Việt Nam’s efforts, but noted that Vietnamese fishermen violating foreign fishing zones remains a problem.

If transgressions continue, the commission will not withdraw its yellow card, he added. — VNS