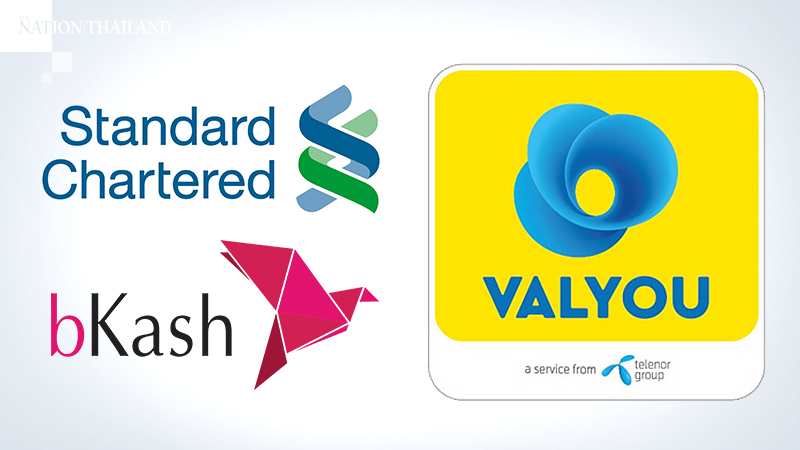 Standard Chartered Bangladesh yesterday rolled out a blockchain-powered remittance service for Bangladeshis working in Malaysia to allow them to send money home on a real-time basis, without any hassle and at lower costs.

The bank has teamed up with Ant Group, one of the world's leading digital financial services providers based in Hangzhou, China; bKash, the top mobile financial service in Bangladesh, and Valyou, a financial technology company in Malaysia, to provide the service. The service is in the final stages of commercial testing and will be available to customers in Bangladesh and Malaysia soon, said the multinational lender in a press release.

The bank is the fund settlement bank and regulatory approval-holder for the service. Ant Group's applied blockchain technology helps streamline the remittance process, radically improving the speed of delivery and information security and enhancing the transparency of the process.

"With our partners bKash, Valyou and Ant Group, we are delighted to be able to introduce a new-generation technological solution that will make the remittance experience simple and faster, by presenting the service available 24/7, including from the convenience of the remitters' mobile phones," said Naser Ezaz Bijoy, chief executive officer of Standard Chartered Bangladesh.

"We hope this new service will benefit the end-users and contribute to the growing utilisation of formal remittance channels."

Kamal Quadir, CEO of bKash said: "This partnership will give seamless remittance-sending experience to the Bangladeshi expatriates there who can now send money from their digital wallets in Malaysia to a bKash account in Bangladesh through Standard Chartered Bank."

"This technological integration will bring great convenience to both the recipients and the senders and will contribute further to our foreign remittance earnings."

Prasanna Rao, CEO of Valyou, said: "We continue to offer ease and convenience to our customers especially during these challenging times and Bangladeshis in Malaysia can use the Valyou Mobile Wallet to send money directly into the bKash wallet."

"We believe that this blockchain technology integration will save cost and time without compromising safety and security of the remittance transaction sent from Valyou to bKash," he said in the press release.

With this, Standard Chartered became the first bank in Bangladesh to have initiated the blockchain-based remittance service.

The bank has been working on the issue for six to seven months. It had to secure several approvals from the central bank to introduce the service. The last approval came on Thursday.

"I would like to express my gratitude to officials of the Bangladesh Bank for their extraordinary support in acceding approvals," said Bijoy.

The blockchain is a distributed ledger of data records that is jointly maintained by multiple parties and continuously stored in a blockchain structure.

The southeast Asian country is the seventh highest source of remittance for Bangladesh. Migrant workers sent $235.57 million in July and $196.31 million in August.

Similar service has been launched on two corridors involving four countries, one is between Hong Kong and the Philippines and the second one is between Malaysia and Pakistan.

In June 2018, Standard Chartered was appointed by Ant Group as the core partner bank for its new blockchain cross-border remittance solution.

The Ant Group's cross-border remittance service supports the real-time transfer, which saves money, simplifies procedures, and ensures security and transparency, according to a blog on Alibaba Cloud, a subsidiary of Alibaba Group.

Remittance hit an all-time high of $18.2 billion in the just-concluded fiscal year.