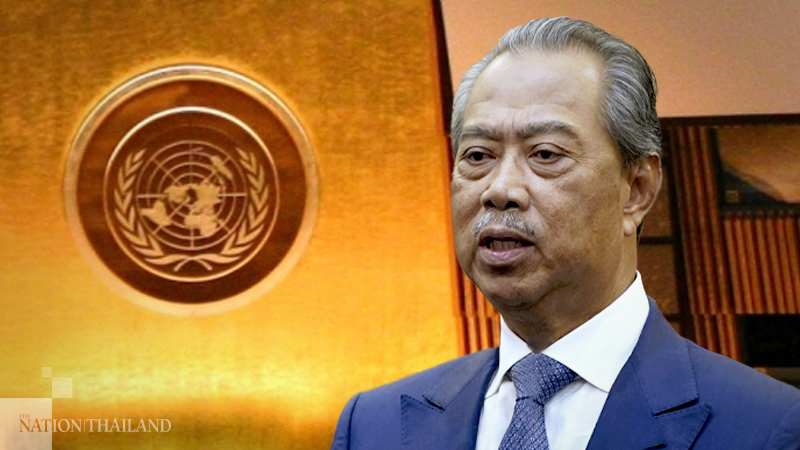 KUALA LUMPUR (Bernama): The credibility of the United Nations (UN) can and must be restored in order to build the future, says Tan Sri Muhyiddin Yassin.

The Prime Minister said that this can be done if UN members find the moral courage and political will to do what is right.

Addressing the General Debate of the 75th Session of the United Nations General Assembly in New York virtually on Saturday (Sept 26), Muhyiddin cited issues concerning Palestine and Rohingya as two glaring examples on why a stronger and better UN was necessary.

He said for there to be lasting peace in the Middle East, the prescribed international consensus in conjunction with international law - UN resolutions, the UN Charter and Israel - must do several things.

"First, it must cease all of its illegal settlement activities. Second, it must withdraw its troops from the Occupied Palestinian Territory and surrounding Arab states. Third, it must allow Palestinian refugees their right to return to their land and property.

He said Malaysia's position remained clear and consistent that annexation was unlawful and it violated the Charter of the UN, Geneva Conventions and relevant resolutions of the General Assembly as well as the Security Council.

The Prime Minister said Malaysia supported the call of the international community including by the UN secretary-general, for the Middle East Quartet (United States, Russia, the European Union and the UN) to find a mutually agreeable path for the parties to reengage towards a negotiated peaceful settlement.

"We continue to call upon the international community to uphold Palestine's legitimate right to self-determination, which constitutes one of the very core principles of the UN when it was created 75 years ago,” he said.

Meanwhile, Muhyiddin said the spill-over effects of the crisis in the Rakhine state, which includes the mass migration of people from Myanmar, had significantly impacted not only Malaysia but also other neighbouring countries.

"As a developing nation coping with the cost of managing and providing protection to nearly 180,000 registered refugees and asylum seekers in the country, with 86 per cent of them from Myanmar, our resources are stretched thin.

"Yet, Malaysia is expected to do more to accommodate these incoming refugees. Is that fair?”

Although Malaysia is not a party to the 1951 Refugee Convention and its 1967 Protocol, Muhyiddin said the country had taken up the social and financial responsibility in providing humanitarian assistance and protection to Rohingya refugees on humanitarian grounds.

As such, he said the time has come for state parties to the Convention to shoulder a proportionate burden and responsibility in addressing the problem by opening their doors for more refugees for resettlement and relocation.

Marking the 75th anniversary of the UN this year, Muhyiddin said it was difficult to deny that the UN had managed to allow human society to progress in so many aspects -- from education to the environment, to the health and social security of millions.

"Unfortunately, in recent times multilateral commitments are becoming less persuasive because states are less willing to uphold shared values and solve challenges together.

Muhyiddin said Malaysia had long held the belief that the world demands collaborative engagement by all in preserving stability, tranquillity and peace, and that the international community must work together to uphold a system based on the shared universal values through dialogues and cooperation.- Bernama