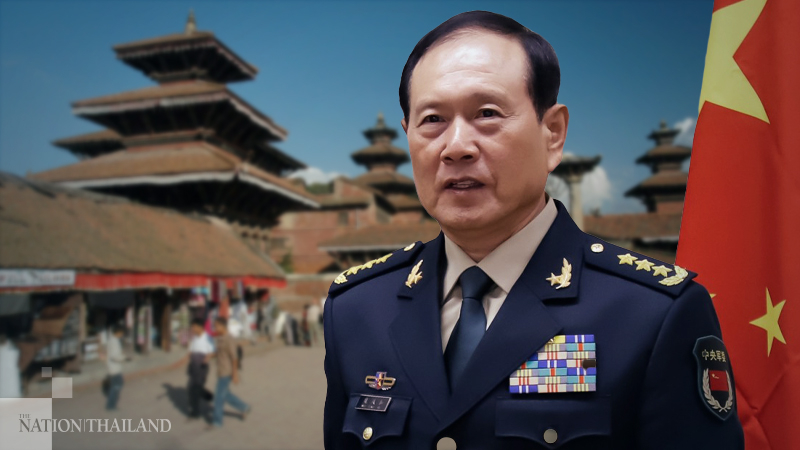 According to experts, the visit of a senior member of the Chinese Cabinet will send a strong message of the diplomatic and strategic importance Nepal has for the rising global power.

Wei’s arrival will follow three back to back high-level visits from India within the last one and a half months and at a time when the power struggle within the ruling Nepal Communist Party (NCP) is reaching its peak.

Immediately after Indian Foreign Secretary Harsha Vardhan Shringla returns to New Delhi after completing the two-day Nepal visit on November 27, the senior-most minister of Li Keqiang Cabinet in China, Wei will land in Kathmandu, two senior officials at the Prime Minister’s Office and the Ministry of Foreign Affairs told the Post.

A Chinese Embassy spokesperson also told the Post that he does not have information related to the visit.

“During the recent meeting between Prime Minister KP Sharma Oli and Chinese Ambassador to Nepal Hou Yanqui on Tuesday evening, the visit of the senior most Chinese minister was fixed,” said a source at the Prime Minister’s office.

Diplomats and experts view the increasing high-level exchanges from the south and the north as evidence of the increasing strategic rivalry between them inside Nepal.

The emerging global power China, which has a serious border dispute with Nepal’s southern neighbour India, is keeping a very close eye on Nepal’s unfolding political, diplomatic and military development, according to Geja Sharma Wagle, a security analyst and columnist for Kantipur, the Post’s sister publication.

“Of late, the Chinese have been very proactive politically and diplomatically, and militarily assertive in Nepal,” said Wagle. “The visit right after Indian foreign secretary’s visit to Kathmandu is diplomatically meaningful and highly important militarily.”

Leaders of the ruling party also attach great importance to Wei’s visit at the end of the month.

At a time when a series of high-level visits from India particularly by heads of two security agencies took place within one month, a worried Beijing is sending its senior-most military official to Kathmandu to balance the visit of Manoj Mukund Naravane, the army chief of India, and Samant Goel, head of India’s external spy agency, a central committee member of the ruling party leader told the Post.

Wei will be the senior most Chinese official to visit Nepal after the visit of Chinese President Xi Jinping in October last year.

“This may be the high-level follow-up visit to expedite the defence cooperation agreed last year during the visit of President Xi,” said an official from Nepal’s Defence Ministry on condition of anonymity.

According to former Nepali ambassador to China Mahesh Maskey, Beijing is particularly worried about the ongoing dispute inside the ruling party and also wants to know Nepal’s position vis-a-vis the recent strategic alliance between India and the United States.

In the last week of October, during the visit of US Secretary of State Mike Pompeo to New Delhi, India and the US clinched strategic pacts and reached some important understanding on security matters.

According to the ruling party leader, the reason behind Wei’s visit is that China is not happy with the present Oli administration for failing to identify projects under the Belt and Road Initiative, a multi-billion dollar infrastructure project led by China in its vicinity.

Nepal signed a framework agreement of Belt and Road Initiative in 2017 but both sides have failed to identify and negotiate a single project in the last three and a half years.

With no movement on a single project to the funding stage, the framework agreement was automatically renewed for another three years in May, according to the Ministry of Foreign Affairs.

Wei, a close confidant of Chinese President Xi, will, ostensibly, attend a programme in Kathmandu to mark the 65th anniversary of the establishment of diplomatic ties between Nepal and China.

“This is a kind of stop-over visit,” said a Foreign Ministry official. “After completing the Nepal visit, Wei will go on to visit some other Asian countries.”

As of now, it is tentatively agreed that Wei will pay a courtesy call on President Bidya Devi Bhandari and separately hold talks with Prime Minister Oli, who is in charge of the Defence Ministry, and Chief of Army Staff General Purna Chandra Thapa during his short stay in Nepal.

As such, he will come with an authority to make Beijing's position clear on a number of issues it attaches importance to.

“Beijing is also not happy with the status of other bilateral projects including those agreed and signed during the visit of President Xi to Nepal last year,” the ruling party leader said.

At the same time, the dispute inside the party is escalating and that worries the Chinese more, the leader added.

“The ideological proximity has brought two countries together since the formation of the Oli government and the Chinese are worried due to the prolonged dispute and discord inside the ruling communist party,” said former ambassador Maskey.

Another worry for them is the need for clarity regarding Nepal’s position following India’s entry into the Indo-Pacific orbit led by the US including the quadrilateral security dialogue, also known as the Quad, according to Maskey.

This is a view that is widely shared.

“Both India and China have a kind of strategic rivalry to expand their influence in Nepal as per their own national interests,” said Wagle. “Therefore, they are visiting Kathmandu and conveying their strategic messages to the high political, diplomatic, and military levels of Nepal.”