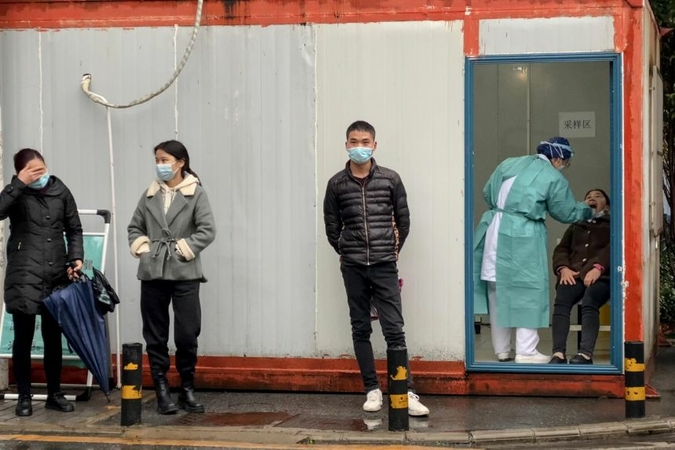 SINGAPORE - Three out of four patients still suffered from at least one symptom six months after falling sick with Covid-19, with the most common problem being fatigue or muscle weakness, a study has found.

Some 63 per cent of respondents cited the ailment as a persisting one. Other common post-infection problems were sleep difficulties (26 per cent), and anxiety or depression (23 per cent). More women than men were affected.

These results from a study of 1,733 patients with a mean age of 57 years from Jin Yin-tan Hospital in Wuhan, China, is the largest such study carried out to date. It was published in The Lancet journal last week.

The cohort comes from the 2,469 Covid-19 patients discharged from the hospital between January and May, with the follow-up done from June to September - with 736 patients excluded because they did not attend follow-up appointments for various reasons, including dementia. There were also 33 people who had "died after discharge mainly due to exacerbation of underlying pulmonary, heart and kidney disease".

The study found that more than half the patients had "residual chest imaging abnormalities" six months after their illness, with greater impairment in those who had been more severely sick.

About one in four was not able to walk the same distance in six minutes that they were able to before getting Covid-19. The study said a limitation to this finding is that it was self-reported.

It added that some patients had persistent problems with their kidney function. In the six months since getting infected, some developed diabetes, or had blood clots that affected their heart or brain.

It noted that some of the continuing problems reflect those suffered by patients who survived Sars, or severe acute respiratory syndrome, in 2003, which was also caused by a coronavirus.

Researchers in Canada - which had 250 Sars infections and 38 deaths - found that a third of Sars survivors complained of poorer mental health a year after infection, and 40 per cent had chronic fatigue for a mean period of 41.3 months.

A commentary in The Lancet on the China study said: "Evidence from previous coronavirus outbreaks suggests that some degree of lung damage could persist, as shown in patients who recovered from Sars, 38 per cent of whom had reduced lung diffusion capacity 15 years after infection."

Dr Asok Kurup, who chairs the Academy of Medicine's Chapter of Infectious Disease Physicians, said such a long "tail" following severe infection is known to occur, although it is not common.

He said: "Severe influenza, especially in those who end up with respiratory failure, can be followed by respiratory issues that can take a long time to recover.

"Some types of adenoviruses can occasionally cause both respiratory and even kidney failure, and we have seen some cases needing years to recover."

But he added that doctors in Singapore "are seeing some patients who have recovered from Covid-19, but are having respiratory issues".

Professor Dale Fisher, a senior infectious diseases consultant at the National University Hospital, said: "I believe that the so-called 'long Covid' exists but it's hard to accredit the symptoms fully to Covid-19 specifically without more research."

He said anxiety and depression, as well as sleep disturbance are more common today even in people without Covid-19, but "objective features such as radiological changes in the chest and a deterioration in kidney function are hard to dispute. But what they mean in the longer term is still unknown."

He added: "I don't know why people worry more about the vaccine compared with worrying about Covid-19 itself and the risk of long-term effects: fatigue, breathlessness, sleep disturbance, anxiety, depression, kidney impairment and scarred lungs."