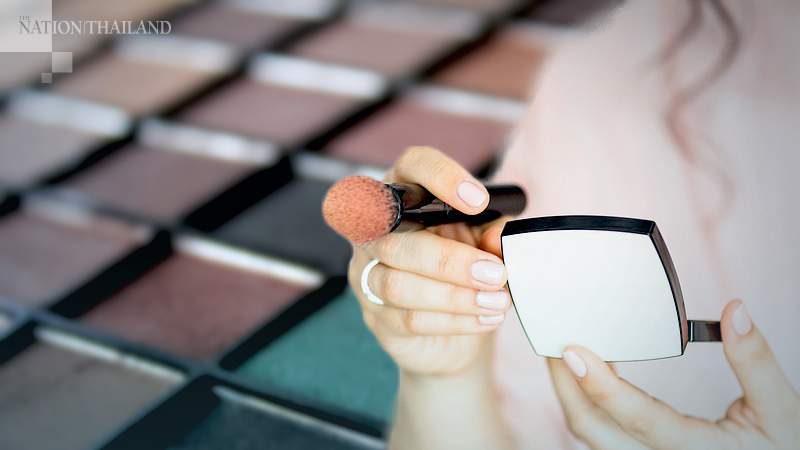 By The Yomiuri Shimbun

With widespread mask-wearing drawing more attention to people’s eyes, imports of makeup such as eye shadow and mascara, mainly from South Korea, are on the rise.

On the other hand, eye makeup imports grew significantly, up 10% to 2,246 tons. The annual import volume for 2020 appears to have surpassed that of 2019, the highest year on record.

Especially on the rise are imports from South Korea, which rose 19.9% to 599 tons in the January-October period, one of the factors pushing up the total volume of eye makeup imports.

At Nanohana Ebisubashi, a cosmetics specialty outlet in Chuo Ward, Osaka, South Korean products account for one-third of the about 200 brands displayed in the store. Many of the products are brightly colored and come in attractive packaging resembling magazine covers.

“The area around my eyes is important because I always wear a mask. South Korean brands are more affordable than Japanese products and the colors are bright,” a 24-year-old woman from Osaka said.

Behind the trend is a Korean boom in Japanese popular culture that began before the coronavirus crisis, spurred by South Korean TV programs and K-pop idol groups. There is even a magazine that gives advice on how to apply makeup like actress Son Ye-jin of the drama “Crash Landing on You.”

“Due to the influence of the Korean boom, more and more people are adopting eye shadow and other South Korean makeup, which comes in a wide variety of colors,” an official of the store’s operating company said.

Domestic manufacturers are also benefitting from the popularity of eye makeup. According to Tokiwa Pharmaceutical Co., sales of lip gloss and foundation were lower than before the virus outbreak, but domestic shipments of the eye makeup brand Sana New Born rose year on year in the July-November 2020 period.

Shiseido Co. has released a base makeup product that does not stick to masks, and the company has a dedicated website that offers tips on how to apply makeup when wearing a mask.