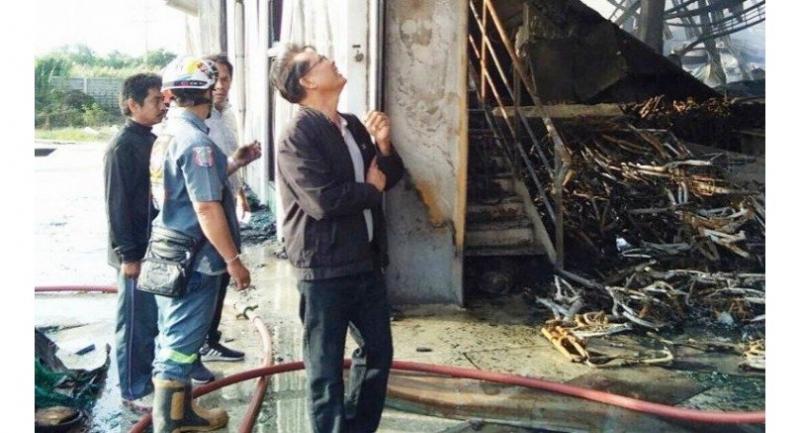 No one was injured in the fire at the Tin Pao Industrial factory in Moo 6 village in Tambon Thakham because nobody was inside at the time.

Some 30 fire engines rushed to the scene at 1.30am but strong winds hampered their efforts by causing the blaze to spread quickly.

The fire damaged the entire two-storey building, which served as both a factory and warehouse.

Nattapong Pan-an, 49, a security officer, said he spotted the fire starting on the second floor. He tried to put it out with an extinguisher but failed to control it.

Factory officials said the damage was estimated at Bt30 million.