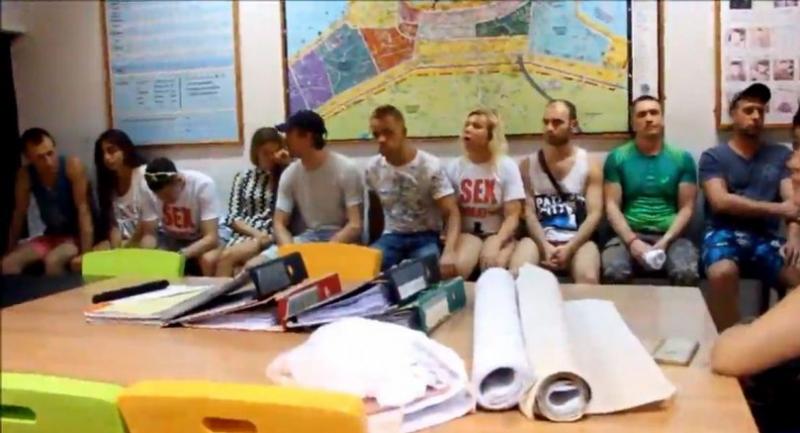 Police raided a Pattaya hotel on Sunday night and rounded up ten Russians who claimed to be sex experts running a course on love-making.

When police raided the hotel at 11pm, they found 43 Russian tourists, both men and women, in attendance and there was quite a commotion as they took fright at the sight of the officers. Police interrogated all those present and released them without charge.

They said they had paid Bt20,000 to attend a course on how to make sex partners reach a climax … after which those who passed would receive a certificate.

The ten instructors were taken to Pattaya police station.

One was charged with overstaying in Thailand, three with unlawful entry into the kingdom and the rest for working without work permits.