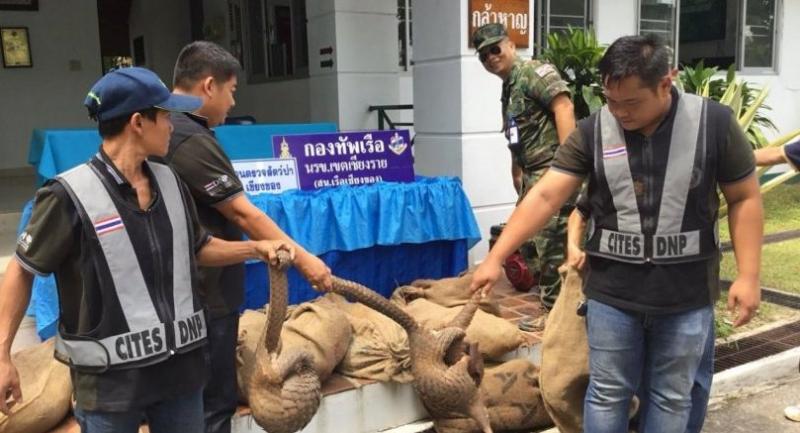 The Thai authorities on Wednesday morning rescued some 40 live pangolins, weighed 200kg in total, that were smuggled in 10 sacks in a boat across the Mekong River into Chiang Rai's Wiang Kaen district to be sold to restaurants and medicine shops. The pangolins were said to worth at least Bt615,000. The smuggling of pangolins is a violation of the Wild Animal Reservation and Protection Act 1992, punishable with up to Bt40,000 in fines and four years in jail. The case was passed onto the police to investigate further to identify the boat owner and arrest those involved.