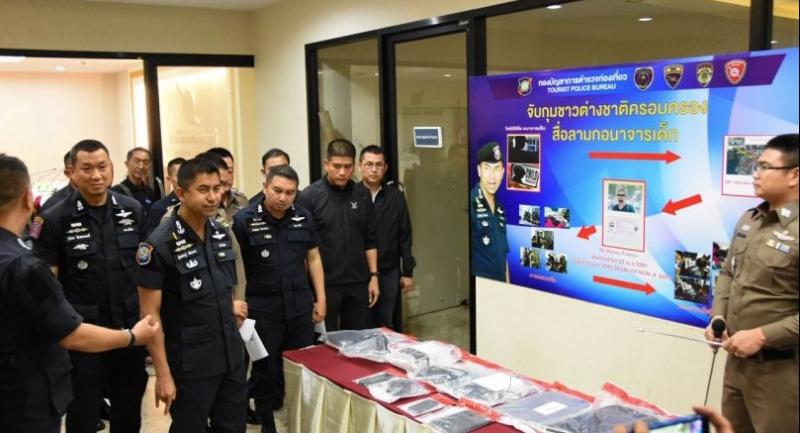 A Russian man has been arrested by Thai Tourist Police on charges related to the possession of child pornography.

On Wednesday police raided a property in the Pratumnak Hill area of Pattaya and arrested Alexey Fadeev, 39.

During the raid police confiscated a notebook computer that was found to contain indecent images of children. Announcing the arrest, Tourist Police chief Surachet Hakphan said the man had been collecting a large amount of child pornography.

Specialist forensic officers are now checking the suspect’s computer to confirm if he created or distributed the material as this would determine if he would face additional charges.

Pol Maj-Gen Surachet said the arrest comes as police continue to close in on foreign pedophiles operating in Thailand.