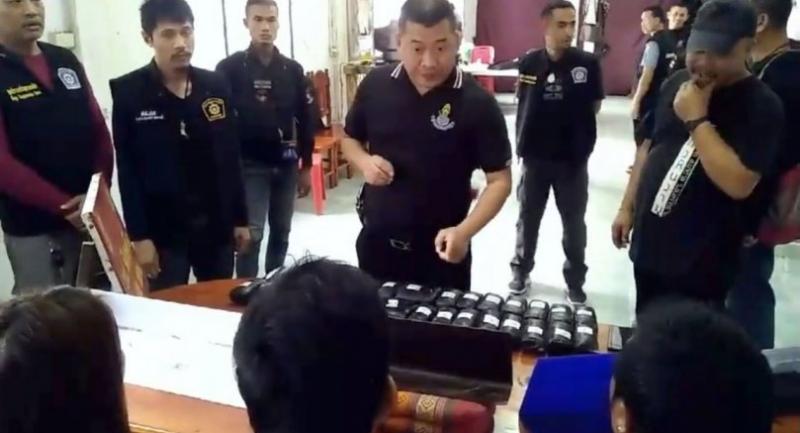 Police and soldiers chased down a car and two pickup trucks in Ubon Ratchathani early Monday and found a hoard of methamphetamine.

The combined forces were patrolling a road on the Mekong River in Ban Chok Chai, Khemaraj district, when the three vehicles sped past them.

They gave chase and caught them in Ban Huay Yang further down the road.

Police said they admitted to have been paid Bt20,000 each to run the drugs from the Mekong into Muang Ubon Ratchathani.