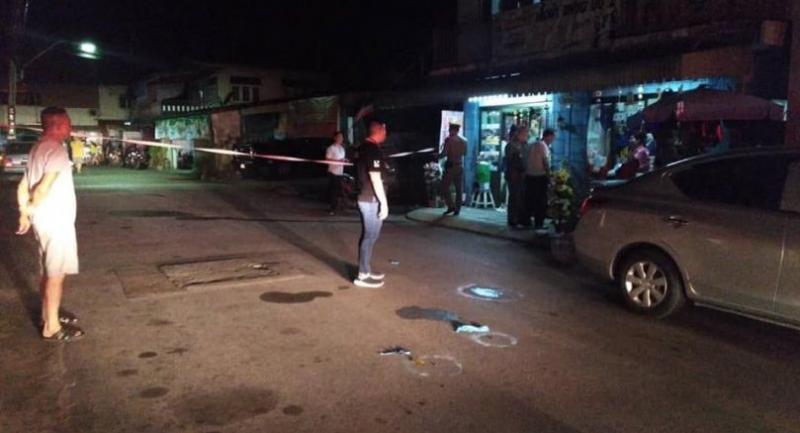 A Lampang woman secretly trailed her husband to find him with his lover before she shot both of them, killing the woman and seriously injuring the man, police said. The Muang Lampang police reported the double shooting at a clothes shop at the Na Kuam Tai community in Tambon Chomphu on Wednesday evening.

The suspect, Prapha Jaidee, 55, was drinking beer at a store about 100 metres from the crime scene to wait for police to arrest her, officers said.

Police said Titichada Tanbut, 42, was shot in her neck and died at Lampang Hospital. Anuwat Jaidee, 51, was shot in his body and taken to the hospital with Titichada.

Prapha said she shot the two out of a rage after seeing them together at Titichada's clothes shop.

Prapha said she suspected that her husband had extramarital affairs but could not catch him red-handed before. She said she tried to ride her motorcycle after her husband's car for several days until she saw him drive to the clothes shop on Tuesday evening.