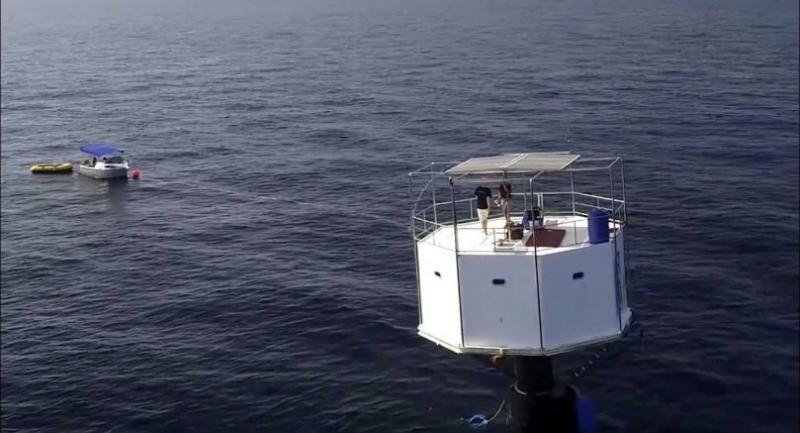 A “seasteading” couple who have set up a floating home some 15 nautical miles off Phuket’s coast have been hit by a complaint from the Thai Third Naval Area Command, which oversees Phuket’s security. US citizen Chad Andrew Elwartowski and his Thai wife, Supranee Thepdet, are said to be in violation of the Criminal Code.

But the Phuket Marine Office is being asked to contact the couple and ask them to remove the structure.

“If left untouched it will hinder shipping navigation since the route is used for transporting oil to Phuket,” the source told media. The Phuket Marine Office says the couple’s claim that they are in international waters, and outside of Thai maritime territory, are untrue.

In the meantime, Vice-Admiral Sittiporn Maskasem, commander of the Royal Thai Navy Third Area Command, is sending officers to visit the structure, 15 nautical miles southeast of Racha Yai island off Phuket. Attempts to contact the offshore platform by radio have so far been unsuccessful. It is believe that the American Elwartowski made his fortune on early Bitcoin trading. The pair reportedly aimed to set up a permanent shelter out of any state territories by exploiting a loophole in the UN Convention on the Law of the Sea.

A movement to set up autonomous, independent “nations” has become popular in the cryptocurrency community, particularly those who became rich from the early trading of the controversial currencies.