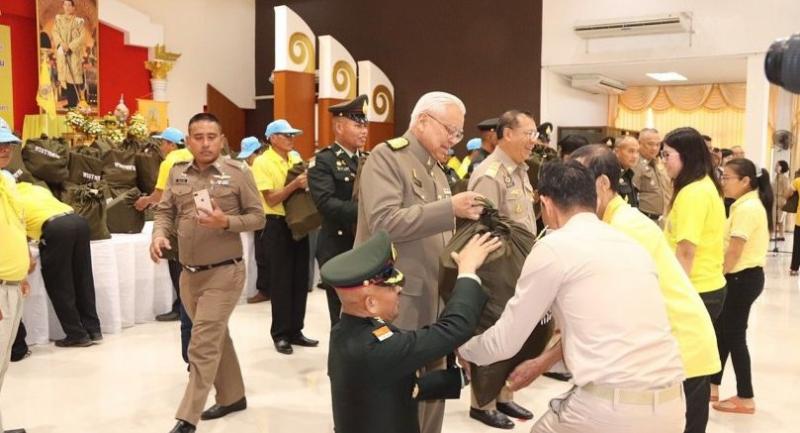 His Majesty the King on Wednesday graciously instructed Privy Councillor Jirayu Isarangkul na Ayudhya to hand out bags of necessities to 736 families who were affected by recent storms in Phayao province.

Jirayu represented the King to hand out the bags to 298 families at a ceremony held in the morning at the Phayao provincial hall in Muang district.

He later travelled to Phu Sang district to hand out necessities to another 438 families. Jirayu told recipients that the King was concerned for them after learning that their homes were damaged by storms.

Fort Khun Chuang Thanmikarat Hospital also dispatched a team of doctors to perform medical checkups for the people affected by the storms.

Phayao was inundated by thunderstorms from April 18 to 21, affecting 124 villages in seven districts.