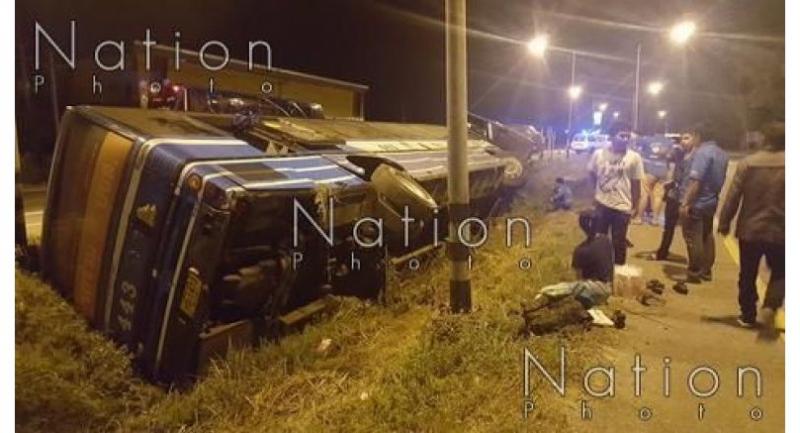 Seven passengers were injured when a Phuket-Hat Yai bus crashed into a ditch and fell on its side in Songkhla’s Rattaphum district early on Saturday, police said.

The accident happened on the Hat Yai-bound Asia highway in Moo 4 village in Tambon Khuha Tai at 3am.

The bus lay on its side with some 20 passengers trapped inside.

Seven passengers suffered head wounds. They were taken to Rattaphum Hospital. They were discharged after treatment and continued their journey on another bus.

The bus driver, Pittaya Sudsawat, 30, told police that he was driving from Phuket. He said a pickup truck overtook his bus and cut in front of him and the bus went into a ditch and flipped on its side when he tried to avoid the truck.