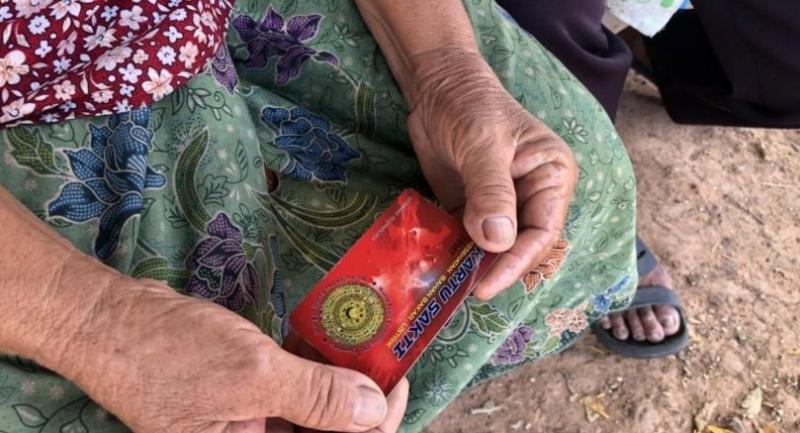 Local residents in northeastern Khon Khaen province are rushing to buy a plastic card they believe has miraculous powers to soothe body pain.

The card is proving a big hit in Ban Saladin, Ubonrat district, where people are eager to pay the Bt1,100-Bt1,500 asking price in exchange for the promise of relief from painful medical conditions. Seller Tawee Peer-in claims the piece of plastic can cure illnesses and their symptoms, especially aches and pains. Users are instructed to either tap the card on the painful area, place a glass of water on top of the card and count to 10 and then drink the water, or even dip the card into the water and drink it.

Tawee said using the piece of plastic had helped ease his back pain, so he registered as a “member” to sell the card. He declined to give more details about how the card is sold and marketed.

Customer Thongsri Wongchaiwat, 66, said she bought the card after hospital treatment failed to cure her back pain and water-in-the-ear.

She reports feeling better after placing the plastic on her back – though she is also taking medicine prescribed for the condition by the hospital. She said she was convinced the card was responsible for 50 per cent of her healing.

The card’s popularity has spread to neighbouring villages, where residents are now calling on authorities to scrutinise the “miraculous plastic” and those involved in the business.