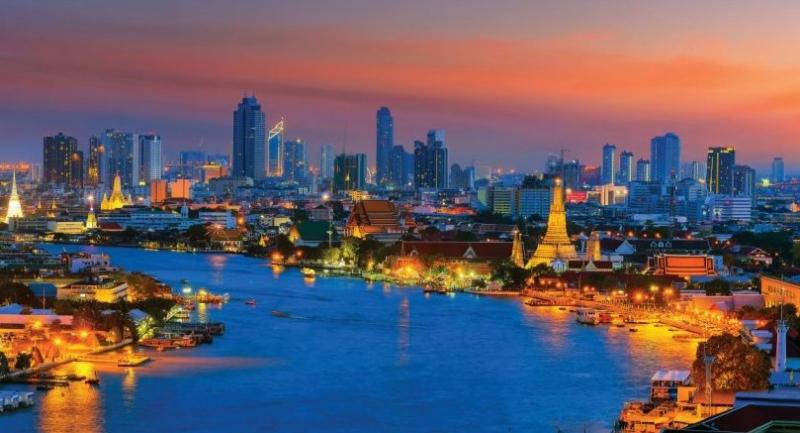 Next year’s Bangkok Biennial will take a decidedly guerrilla-style approach in contrast to the well-funded Bangkok Art Biennale that will reach into February 2019.

In the century since Venice, Italy, hosted the first international “biennale” of art, more than 200 more such events have been inaugurated around the world, in an irregular calendar of biennales and triennales. Only now is Bangkok getting one – or in fact three. Yes, Thailand seems to be making up for lost time. Next year it will host three international festivals of contemporary art.

Two will be in the capital. An anonymous underground movement is organising the Bangkok Biennial (BB, using the English spelling) from July to September. Then, in November and stretching into February 2019, ThaiBev will be footing the hefty bill for the Bangkok Art Biennale (BAB).

As well as a wealthy backer, the latter has a well-connected artistic director in former Culture Ministry stalwart Apinan Poshayananda. Its exhibits will extend to Wat Arun, Wat Pho, Wat Prayoon, Lumpini Park, the Bangkok Art and Culture Centre and a slew of shopping malls.

The third event is the Thailand Biennale (TB) in Krabi, for which the Culture Ministry’s Office of Contemporary Art and Culture has hired Chinese Professor Jiehong Jiang from Birmingham City University in England as curator.

The initials – BB, BAB and TB – should make it easy enough to distinguish one from the other, but each of the three events is being billed as

The benefit that artists, curators, organisers and students will derive from this flurry of activity is obvious, but some folks are thinking it’s all a bit much.

Organisers of the BAB held another press conference last week, their second after the original announcement was made at the Venice Biennale in May.

They repeated the impressive details – generous funding from ThaiBev and mall operators the Central Group and Siam Piwat, support from City Hall, the Tourism Authority of Thailand and the Thailand Convention & Exhibition Bureau, four months of glowing promotion for Thai culture and tourism.

ThaiBev chief executive Thapana Sirivadhanabhakdi, a BAB co-founder, cited Bt150 million in seed funding for the inaugural event and pledged his firm’s support for the follow-ups in 2020 and 2022.

Apinan said the participating 70 artists would offer interpretations on the theme “Beyond Bliss”. As does Venice, Bangkok will use the festival to promote its attractions, such as the Unesco World Heritage sites Wat Pho and Wat Prayoon.

The BAB won’t be as big as Venice, Apinan acknowledged, but more “medium sized”, like the one in Fukuoka, Japan.

As well as the malls, he added, the team hopes to arrange for 40 Bangkok galleries to host parallel exhibitions and will coordinate with the French Embassy’s annual Galleries Nights and the Hotel Art Fair. Unesco has registered 1,431 stone inscriptions at Wat Pho as a “Memory of the World”. The temple will exhibit pieces for the Bangkok Art Biennale. Photo/JeyThailand

The BAB is nothing if not mainstream, but the Bangkok Biennial (BB) is purely guerrilla in approach. Its organisers – artists, curators and cultural activists both local and foreign – really do want to remain anonymous.

Compared to the BAB, they say, they’re “upside down”. There’s no selection committee, no budget and no limit to the number or type of participants. In this “V for Vendetta” Venice, anyone who’s got the cash to spare can set up a “pavilion”.

The BB organisers answered questions for The Nation by email, but asked that we disclose no clues about their identity.

“We’ve chosen to remain anonymous for two reasons,” they wrote. “Firstly, our model is concerned with decentralising influence and power in organisational structure. If we put our names forward as being at the centre of the festival, we would destroy that effort. Second, many things become defined by the reputations of the people involved. We want to avoid this in order to keep the biennial as open as possible.”

Does that imply that there’s something wrong with the BAB approach?

“No, the Bangkok Biennial is not ‘against’ the organisational structures of other biennial art events around the world. Instead, it is a challenge to the status quo, to the expected and accepted way of doing things.

“We believe it is important to consider other ways of organisation, representing and experiencing, and that there is no single ‘correct’ method or structure.”

Showing a sense of humour, they added that “Dr Apinan” would be welcome to create a pavilion for the BB as well.

They too are planning for various venues – and not all of them in  Bangkok or even Thailand. “Some will be virtual venues. Some will be non-art-related spaces. Aside from the established venues already involved, we have currently secured about 3500 square metres of unused space in central Bangkok venues.

“But all aspects of the Bangkok Biennial rest on the shoulders of everyone who becomes involved over the next year.” The ministry has commissioned Chinese Professor Jiehong to select 70 Thai and foreign artists to create site-specific works on beaches and in streams, waterfalls, caves, cliffs and forests, with the theme “The Edge of Wonderland”.

Jiehong will be scrutinising proposals submitted by emerging artists and collectives and an international jury will select 10 to present their pieces alongside the work of invited artists. Jiehong calls the TB “a cutting-edge exploration driven by visual practice, which takes a proactive attitude and a practical hold to approach, imitate, reinterpret and extend reality”.

After Krabi, Nakhon Rachasima and Chiang Rai are next in line to host a TB.

CARVE OUT YOUR PLACE

- The Bangkok Biennial is set for July 7 to September 3, 2018. Pavilion proposals can be submitted at www.BangkokBiennial.com.

- The Bangkok Art Biennale takes place from November 2018 to February 2019. Submissions should go to www.BkkArtBiennale.com by this September 30.

- The Thailand Biennale is slated for November 2, 2018, to February 28, 2019. Submit projects to apply@thailandbiennale.org by this August 31.