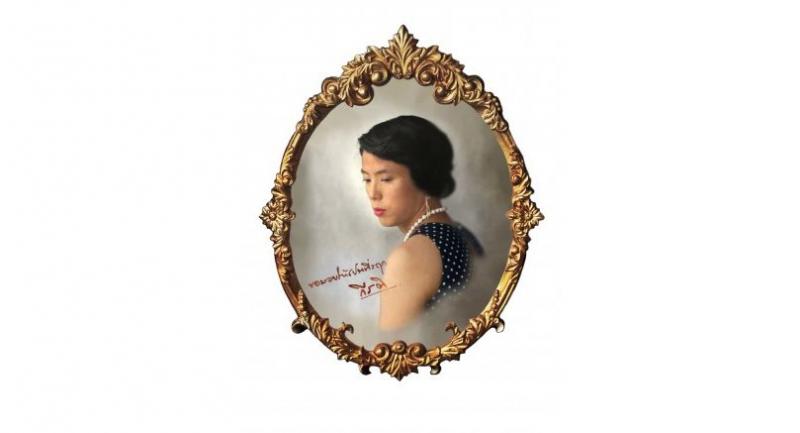 Inspired by “Behind the Painting”, a novel by Sri Burapha, the pen name of Kulap Saipradit, the new mixed media show by Chulayarnnon Siriphol at Bangkok City City Gallery will act as a museum dedicated to the main character, MR Kirati, through a collection of watercolours and moving images.

First published in 1937, “Behind the Painting” tells the story of Nopphorn, a Thai scholarship student studying in Japan, who falls in love with MR Kirati, a married noblewoman  he helps take care of during her first visit to Japan with her husband, Chao Khun Atthikanbodi.  A forbidden love torn apart by age and class, the classic tragedy has been adapted into plays, TV dramas and feature films.

Chulayarnnon is inspired by both the original novel and the 2001’s feature film directed by Cherd Songsri of the same name.

He first introduced his version of “Behind the Painting” in “Media/Art Kitchen: The Politics of Humor and Play” - a group exhibition at Aomori Contemporary Art Center in 2014 when he was on an artist-in-residence programme.  The following year, he presented his solo show, “Behind the Painting”, at Silpakorn University’s Art Centre.

For his new show titled “Museum of Kirati”, Chulayarnnon has changed the gallery into a memory palace, filled with paintings and sculptures depicting MR Kirati when she was young.  His aim, he says, is to create a space where visitors can reminisce and revisit to know her more deeply.

“Kirati represents the post-revolution aristocracy that had no prospect of returning to its former prosperity.  In this regard, I wish to resurrect her to live in the present day through a thorough investigation into her life before the revolution.  I hope she will be remembered and come back to life in this museum.”

The show runs from November 18 to January 21 at the gallery on Sathorn Soi 1 (MRT: Lumpini station). It’s open Wednesday to Sunday, from 1pm to 7pm.