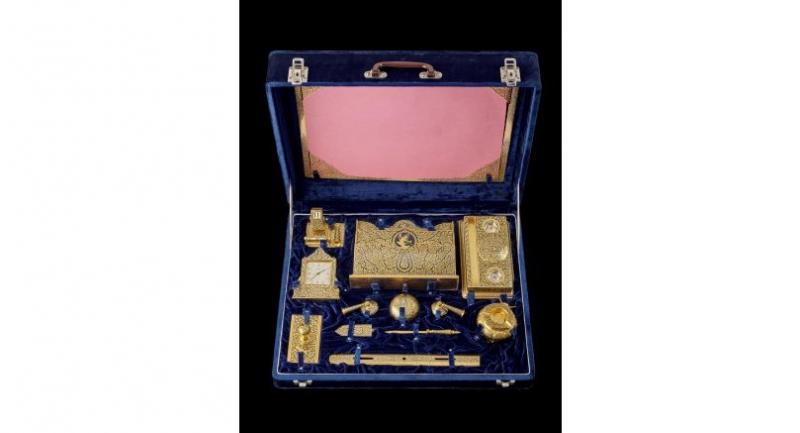 As part of the celebrations marking the bicentennial of the US and Thai relations, the curators of the upcoming exhibition “Great and Good Friends” Trevor L Merrion and William Bradford Smith will give a lecture at the Siam Society on March 13 starting at 7.30pm.

The exhibition itself will be held at Queen Sirikit Museum of Textiles inside the Grand Palace from March 21 to June 30 and will feature royal gifts and letters exchanged between their Majesties King Bhumibol Adulyadej and Queen Sirikit, and earlier Kings of the Chakri Dynasty and various American presidents.

“Great and Good Friend” is the salutation President Abraham Lincoln used to address King Rama IV in February 1862 when he wrote to thank King Mongkut for sending “rich presents … as tokens of goodwill and friendship for the American people.”

Collections from three major American national institutions including the Smithsonian Institution, the National Archives and Records Administration (which oversees presidential libraries), and the Library of Congress will be displayed in the exhibition, most of them for the first time in Bangkok.

The letters from King Mongkut, King Chulalongkorn, and Viceroy Pinklao are windows into both royal court customs and early US-Thai relations. With elaborate introductions and valedictions framing the dignity of the monarch’s words, these letters evoke the grandeur of royal court traditions, while also conveying each king’s personal sentiments. Between the regal and formal rhetoric of the court, the message is clear, as each king shares his hope for mutual esteem and goodwill between the Kingdom of Siam and the United States.

Their Majesties King Bhumibol Adulyadej and Queen Sirikit frequently gifted royal portraits, often within decorative niello frames, in their exchanges with presidents. Although the two never met, President John F Kennedy (1917-1963) received this royal portrait with a hand-written inscription from King Bhumibol in 1963.

Merrion will give an insight into the organising of the exhibition. He is an independent researcher and anthropologist based in Richmond, Virginia and Washington, DC who specialises in museum-related curatorial projects and publications. He is currently assisting Meridian International Centre as an independent curator with this exhibition.

Since 2010 he has worked closely with the Asian Cultural History programme at the Smithsonian Institution on numerous publications, exhibitions, and outreach programmes, with projects in Turkmenistan, Korea, Kazakhstan, Uzbekistan, Azerbaijan, Armenia, Georgia, Madagascar, and Thailand. His most recent publication, “Tribal and Indigenous Inspirations in Today's Arts of Turkmenistan”, which was featured in the 2016 edition of the Barbier-Mueller Museum’s “Arts & Cultures” journal and co-authored by Smithsonian curator Paul Michael Taylor, explores the ways in which contemporary art is inspired by tradition, a theme that informs much of his research.

Bradford Smith is an independent ethnomusicologist based in Falls Church, Virginia, who specialises in ethnographic research publications, exhibitions, and outreach. He has worked as a contract researcher with the Smithsonian Institution’s Asian Cultural History programme since 2009.

He is co-author of the Smithsonian publications “Turkmenistan: Arts from the Land of Magtymguly” (2013) and “Turkmenistan: Ancient Arts Today” (2011) and has recently submitted the article “Instruments of Diplomacy: Nineteenth-century Musical Instruments in the Smithsonian Collection of Thai Royal Gifts”, co-authored with Smithsonian curator Dr Paul M Taylor”, for publication in the Siam Society’s Journal of the Siam Society.

The lecture is free of charge. The Siam Society is on Soi Asoke in downtown Bangkok.