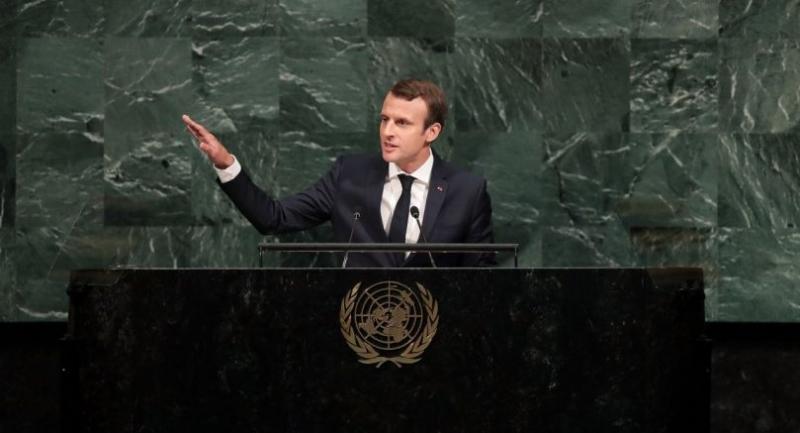 France will work with other members of the UN Security Council for a condemnation of "this genocide which is unfolding, this ethnic cleansing", Macron said in an interview with the French TV channel TMC.

Macron's use of the word "genocide" marks his strongest verbal attack yet on the military drive against the Rohingya.

More than 420,000 members of the Muslim minority have fled Myanmar for the safety of neighbouring Bangladesh.

"We must condemn the ethnic purification which is under way and act," Macron said.

"Asking for the violence to end, asking for humanitarian access... progressively enables an escalation" under UN auspices, Macron said.

"When the UN issues a condemnation, there are consequences which can provide a framework for intervention under the UN," Macron said.

Rohingya, who are predominantly Muslim, are reviled by many in Buddhist-majority Myanmar.

The UN human rights chief has described the systematic attacks against the Rohingya minority by the security forces as a "textbook example of ethnic cleansing".//AFP