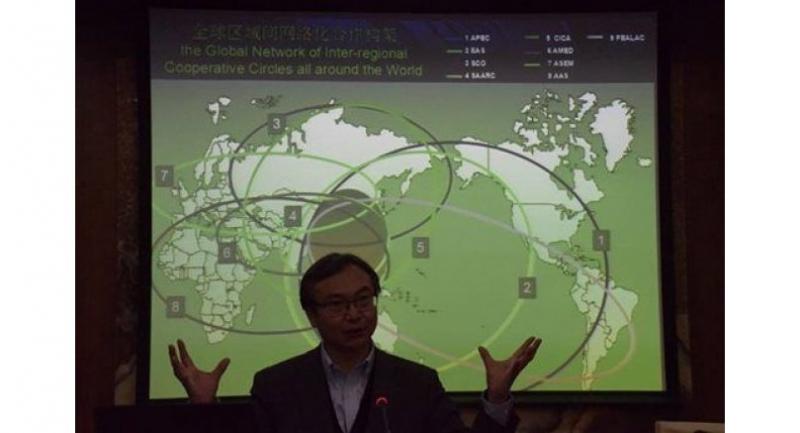 THE LANCANG-MEKONG Cooperation (LMC) will replace the longstanding cooperative structure of the Greater Mekong Sub-region (GMS) in developing the Mekong basin, a Chinese scholar said recently.

Both schemes geographically cover the six riparian states of the Mekong comprising China, Myanmar, Laos, Thailand, Cambodia and Vietnam and have similar functions for development cooperation, he said.

Sponsored by the Asian Development Bank (ADB), the GMS was set up in 1992 to promote infrastructure development in mainland Southeast Asia.

Formed in 2015, the LMC has a wider focus to cover the political and security as well as economic, social and cultural sectors.

The two cooperative frameworks have similar functions, such as convening summits of leaders and ministerial meetings as well as workshops for officials. The head of the six governments gather for the GMS summit every three years and for the LMC every two years.

“I understand that in the future the LMC summit could take over the GMS summit because they are overlapping,” Su said. “It is not necessary for the leaders of the six countries to have the same summit with different names.

“But the other functions of the GMS will continue, since they are still useful. I don’t think the two schemes need to compete with each other,” he told journalists from Mekong basin countries.

The role of the ADB would continue, although countries in the basin under the LMC also had the Asian Infrastructure Investment Bank (AIIB) for financial support, he said.

With influence from outsiders such as Japan and the United States, the ADB had its own agenda, such as political and human rights to promote development in the Mekong basin, while members had their own political problems such as different human rights practices, he said.

While the AIIB was more open and focused on economic and infrastructure investment, the ADB has emphasised humanitarian purposes and social issues, he said. The China-led AIIB could provide what the countries in the Mekong region really needed, he added. China will host a foreign ministers’ meeting of the Lancang-Mekong Cooperation tomorrow in the southwestern city of Dali to discuss future cooperation in light of the grouping’s Five Year Plan of Action 2018-2022.

Leaders of the six countries will have their second summit in Phnom Penh on January 10 and 11. The first summit was held in China’s city of Sanya last year.

Beijing gives importance to countries in the Mekong basin because they are China’s immediate neighbours and share the river, which is known in China as the Lancang, Su said.

The LMC cooperative mechanism allowed China and neighbouring counties in the Mekong to come together on an equal basis, he said. “While the GMS previously talked too much, the LMC will be more visible and practicable as well as functional to enhance our cooperation,” he said.

Unlike the GMS, the LMC could get involved in political and security issues, notably non-traditional security concerns such as trafficking and natural disasters, he said.

China’s opening of dam gates last year to allow more water to flow into the Mekong River to relieve drought in downstream countries last year was an example of the LMC role, he said.

Under the LMC framework, China could also take a greater role helping members solve internal security problems such as the ongoing Rohingya crisis, he said, adding that Beijing was working on the issue with the Myanmar government.