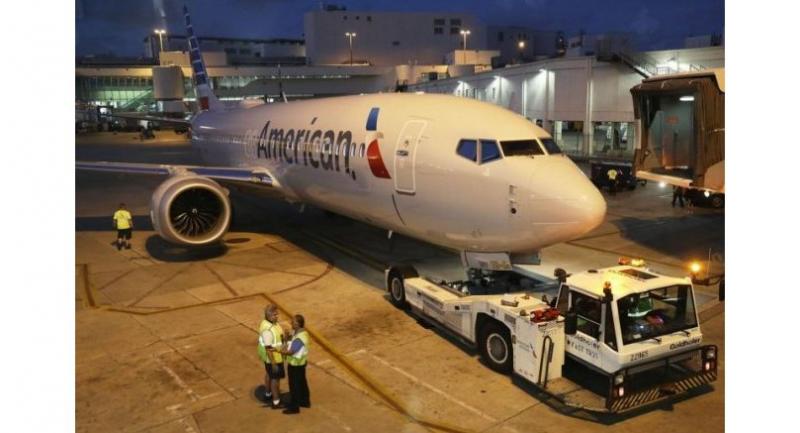 By Charissa Yong
US Correspondent
The Straits Times//Asia News Network

As affected travellers in the United States scrambled to re-book their flights in the wake of Wednesday's (March 13) announcement that America was grounding its Boeing 737 Max fleet, many questioned why America had been so late to do so.

The emergency order was issued in the afternoon by the Federal Aviation Administration (FAA), which had said for days that the Boeing 737 Max planes were airworthy despite the crash of an Ethiopian Airlines flight of the Max 8 model, even as regulators around the world grounded the aircraft or banned it from their airspace altogether.

The FAA said its order was prompted by new evidence from the Ethiopian Airlines crash site gathered on Wednesday which, together with newly-refined satellite data of the aircraft's flight path, indicated similarities with the Lion Air flight which killed all 189 people on board on Oct 29 last year. That aircraft was also a Max 8.

America's emergency order was made independently of other countries, FAA acting administrator Daniel Elwell told CNBC in an interview.

The initial data the US had received had been incomplete and raw, but the fresh data on Wednesday showed that the Ethiopian Airlines flight track had been similar enough to the Lion Air flight to warrant the grounding of the airplanes, he said.

Asked why the FAA was the last to act, Mr Elwell said: "We were certainly aware of what was going on around the world, but we didn't feel global pressure. We are a data-driven, action-oriented agency, and we don't make decision about grounding aircraft...without actionable data.

"In this case, the actionable data didn't arrive until today. I can't speak to the motivations of other countries but for us, it was an independent decision," he added.

Canada had made the same decision to ground Boeing 737 Max aircraft hours before the US, citing the fresh evidence as well.

Both President Donald Trump and Boeing separately characterised the grounding of the aircraft as a precaution that acknowledged travellers' fears.

"The safety of the American people and all people is our paramount concern," he added.

Boeing said it had recommended to the FAA the temporary suspension of operations of its entire global fleet of 737 Max aircraft, after consulting with the FAA, US National Transportation Safety Board, and aviation authorities and customers around the world.

The decision was made "out of an abundance of caution and in order to reassure the flying public of the aircraft's safety", said Boeing in a statement on its website on Wednesday.

Following the US move, Brazil also grounded the Max planes, becoming the first major Latin American nation to do so in the wake of the Ethiopian Airlines disaster.

In a statement, Brazilian air travel regulator ANAC said it made its decision after consulting with US authorities, Boeing, and local carriers.

Across America, passengers on cancelled flights queued at airport counters, called customer service hotlines or went onto airline websites and were re-booked on different flights or put on other planes.

Southwest passengers, for instance, were allowed to reschedule their flights within 14 days of their original travel date at no additional cost.

Other jittery passengers, who had already cancelled or re-booked their flights in the days before the grounding to avoid flying on a 737 Max aircraft, also took to social media to ask for their fare difference to be refunded.

But few disruptions overall were reported, given the small proportion of Boeing 737 Max 8 and 9 aircraft in American fleets.

Southwest Airlines has 34 Boeing 737 Max 8 planes which account for under 5 per cent of its daily flights, while American Airlines has 24 Max 8 planes, which operate 85 flights out of its 6,700 departures per day.

The planes will remain grounded until Boeing comes up with a solution, said Trump.