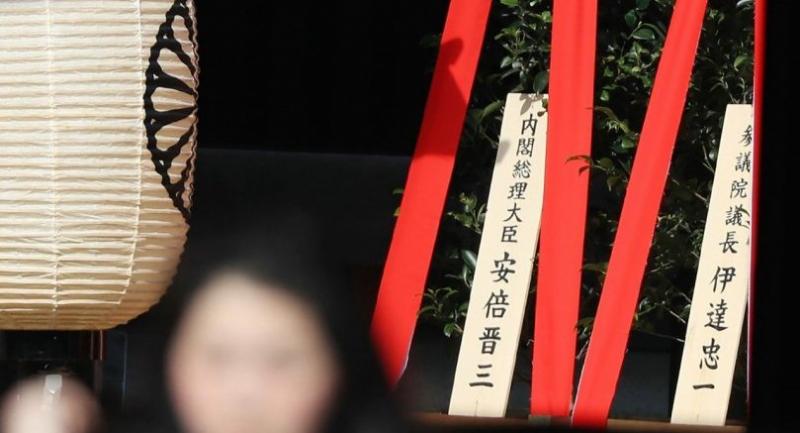 Japanese Prime Minister Shinzo Abe as an offering to the controversial Yasukuni Shrine in Tokyo on April 21, 2019. Photo/AFP

Japanese Prime Minister Shinzo Abe on Sunday sent a ritual offering to the controversial Yasukuni war shrine, seen by Asian neighbours as a symbol of Japan's militarist past.

The Tokyo shrine honours 2.5 million war dead but also top World War II criminals and has frequently been a source of sour relations with countries that suffered from Japan's military atrocities.

The conservative premier sent a sacred "masakaki" tree at the start of an annual spring festival.

"The prime minister, the speakers of the upper and lower houses, and the welfare minister" made offerings, said a shrine spokeswoman.

Abe last visited the shrine in December 2013 to mark his first year in power, sparking fury in Beijing and Seoul and earning a diplomatic rebuke from close ally the United States.

He has since stayed away however as the leaders of both China and Japan attempt to maintain their improving but delicate relations.

Abe, the host of this year's G20 summit, wants Chinese President Xi Jinping to visit Japan for the first time as a national leader.

China gave only muted reactions to Abe's past offerings of masakaki.