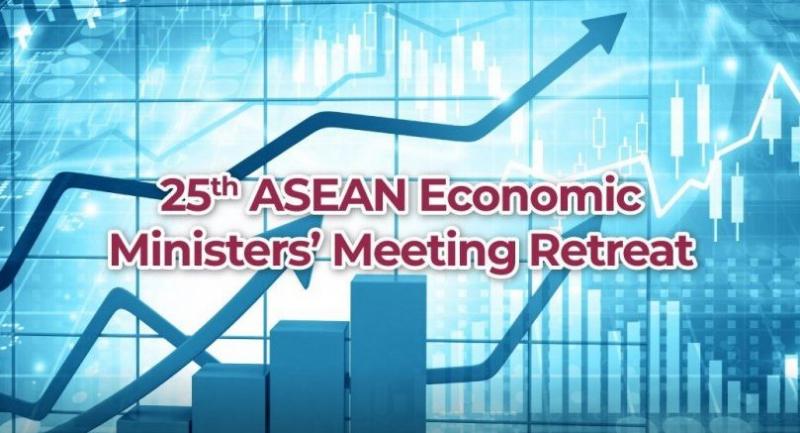 ASEAN CHAIR Thailand has lined up 13 ambitious goals to achieve regional integration as the 25th Asean Economic Ministers’ Retreat (AEMR) kicks off today in Phuket, where two pacts are set to be signed to enhance services trade and investment within the group.

Amid challenges such as the election uncertainty in Thailand and the US-China trade war, which have hindered progress in achieving these goals in the first quarter of 2019, Thailand faces a tough job completing all 13 “economic deliverables” by year-end.

The deliverables fall under three pillars: to help Asean prepare for the Fourth Industrial Revolution (4IR); to enhance Asean connectivity through trade, investment, and tourism; and to enable sustainable economic development in Asean.

Two of its key goals to be discussed at the AEMR are the conclusion of the Regional Comprehensive Economic Partnership (RCEP) negotiations and the completion of the Asean Single Window (ASW) trade system for all 10 Asean members, said Auramon Supthaweethum, the director-general of the Commerce Ministry’s Department of Trade Negotiations.

If the negotiations are successful, RCEP will be the largest multilateral trade pact in history – encompassing China, India, Japan, South Korea, Australia, New Zealand and the 10 Asean nations.

The combined gross domestic product of RCEP members accounts for up to 28 per cent of global GDP, she said, and as much as 30 per cent of the value of world trade.

In 2017, up to 60 per cent of Thai exports went to RCEP countries, according to Commerce Ministry data.

Meanwhile, the ASW aims to integrate the different national single-window systems of the Asean countries in order to expedite cargo clearance and boost cross-border trade by enabling the electronic exchange of trade-related documents among Asean members.

The ASW has the potential to reduce the time goods have to wait at borders from 10 days to only one to three days.

“Furthermore, there will be the signing of two key documents at the 26th AEMR – the Asean Trade in Services Agreement [ATISA] and the Fourth Protocol to Amend the Asean Comprehensive Investment Agreement [ACIA],” Auramon told The Nation.

The ATISA encompasses principles such as improving regulations to enhance the performance of the services sector, enhancing government regulatory transparency, and providing technical assistance to promote the growth of Small and Medium Enterprises (SMEs).

The Fourth Protocol to Amend the ACIA will address the issue of governments setting certain |conditions on foreign investors to further enhance investment in the region.

Also, since preparing the region for the 4IR is a key economic priority in 2019, the meeting will discuss what Asean can do as an economic community to meet the challenges of the 4IR, she continued.

One key 4IR goal progressing smoothly so far is the Asean Digital Integration Framework Action Plan, which has already been drafted.

The draft will be discussed at the AEMR, according to the director-general.

Meanwhile, the private sector is eager to see tangible progress on the RCEP negotiations and the ASW after the 26th AEMR.

“Thailand should push for the completion of the RCEP negotiations as soon as possible. The mega-trade pact represents the notion of Asean centrality, and may offset the negative impacts of the US-China trade war on Thai exports,” said Prinn Panitchapakdi, country head of CLSA Securities (Thailand).

Closer trade ties are beneficial for long-term growth of the economy, especially if the interests of the relevant stakeholders are considered when these trade pacts are being negotiated.”

“We hope to see the development of the ASW for all Asean members to increase the ease of business for exporters in the Asean region,” said Supant Mongkolsuthree, chairman of the Federation of Thai Industries.