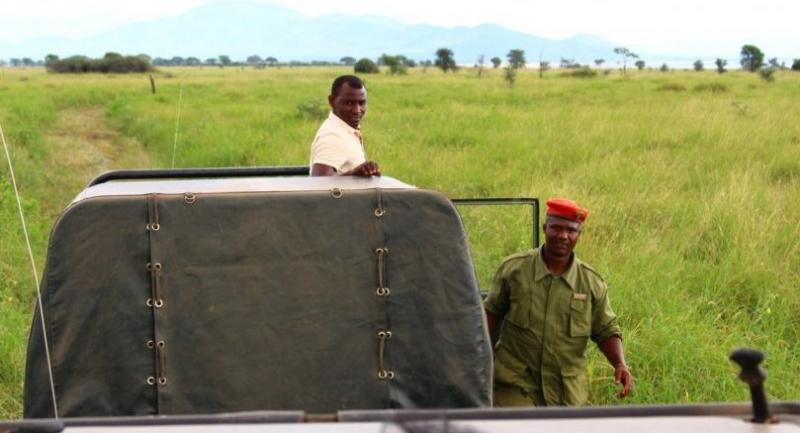 THAILAND AND other countries can learn from Tanzania’s successful strategies in combating wildlife crime, experts say, noting how the East African nation has largely managed to reverse a worrisome trafficking trend and is protecting endangered animals.

They focused on intensive investigations and strict enforcement of the law to bring the ringleaders of poaching and trafficking gangs to justice, closely collaborating with local communities.

Manyenga said his unit was duty-bound to keep wild animals safe from poachers and traffickers in the north of the country, which is home to two conservation areas deemed globally important. In the Ngorongoro Conservation Area and Serengeti National Park, he said, wildlife crime had decreased dramatically in recent years.

“Since we began taking strict measures to suppress poaching and trafficking, our performance has greatly improved. During the first five months of this year there were only 35 cases reported in the region and the populations of endangered animals are slowly rebounding,” Manyenga said.

“Although the wild animals are still not entirely safe and illegal poaching still occurs, we’ve noticed that most of the recent poaching was done by local people, hunting bush meat, while commercial hunting aimed at collecting animal parts is now rarely detected.”

Officials still face challenges, some stemming from insufficient resources and manpower to properly patrol the vast territory, others from people encroaching on conservation areas and coming into conflict with wild animals.

At the 2013 CITES Conference of Parties, Tanzania was including in the “gang of eight” countries where the illegal wildlife trade was worst. Now, though, its success in curbing wildlife crime is being praised and it’s held up as a role model for the other nations.

The other seven countries in the “group” were Kenya, Uganda, Malaysia, Vietnam, the Philippines, China and Thailand.

Tanzania and its neighbours Kenya and Uganda, with their rich biodiversity and large elephant, rhinoceros, lion and pangolin populations are regarded as ground zero for a transnational wildlife trafficking network.

Rhino horn and elephant ivory command high prices on the black market in countries like China and Vietnam where they are shipped, giving poachers strong incentive to hunt the animals down. Pangolin scales are also highly valued in traditional Eastern medicine, while lions are illegally hunted as trophy game. Jafari Kideghesho of Tanzania’s Sokoine University of Agriculture wrote in a 2016 academic article about the damage being caused there.

The authorities’ ineffectiveness in protecting wildlife, inefficient law enforcement and corruption had dramatically decreased the country’s elephant population from 300,000 in 1987 to just 43,521 in 2013, he said.

Jennifer Talbot, Chief of Party for RTI International, which implements the USAID PROTECT project, is praising those same authorities for their impressive work in suppressing transnational wildlife criminals.

Talbot noted that the tactic of tracking down the masterminds behind the crime rings was working well.

Despite improvements in law enforcement still being needed, she said, all indicators show that Tanzania is now headed in the right direction, with pertinent agencies at every level working in unison to implement a national policy of tackling the illegal wildlife trade.

“The success story in Tanzania can be replicated elsewhere,” Talbot said. “Many African countries are already learning from Tanzania’s example and adapting these effective measures, so Thailand and Asean can also learn some lessons as well.”