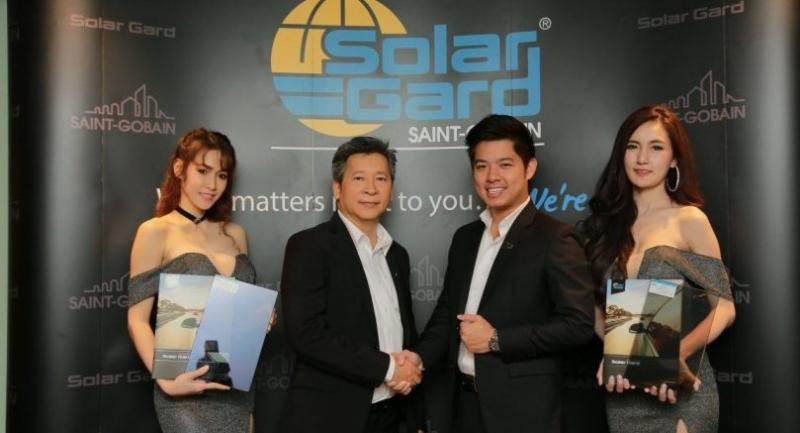 Solar Gard is launching an aggressive business expansion campaign in Thailand, with plans to open 30 Solar Gard Centres and appoint 50 dealerships around the country by the end of this year.

Chaicharn said his company had been appointed by Belgium-based Saint-Gobain Solar Gard as the sole importer and distributor of Solar Gard films in Thailand, starting this year.

Solar Gard films have been introduced and marketed since February, while the first Solar Gard Centre was opened at Rachayothin recently.

“From now on we will concentrate on expanding our business with proactive marketing with a goal of opening a total of 30 Solar Gard Centres and 50 dealerships across Thailand, with targeted sales of Bt70 million in 2018,” the CEO explained.

This would enable the automotive solar-film market in Thailand to grow in the same direction, with projected sales of Bt1.5 billion to Bt1.6 billion this year, Chaicharn added.

Thanks to the world’s first “Multi-Layer Sputtering” technology, Solar Gard films are guaranteed to reflect as much as 97 per cent of solar energy.