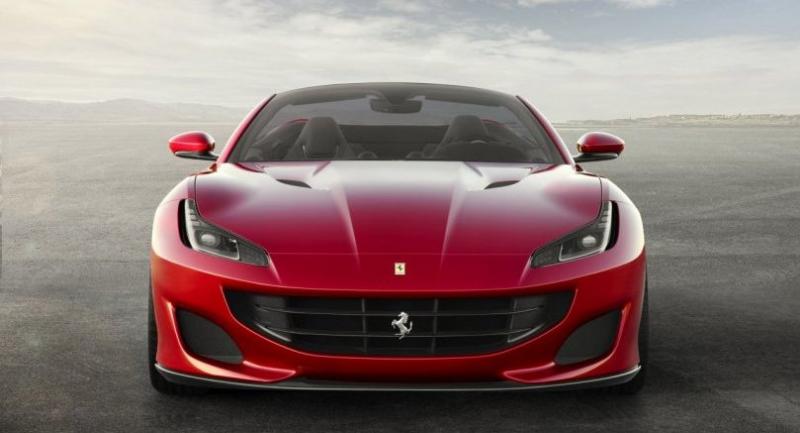 Though the test drive lacked a chance to push the car to its limits, the quality of the interior allowed our reviewer a comfy and ergonomically sound frontseat nap

With its flashy Italian design, heart-pounding performance and motorsports heritage, Ferraris may seem like the ultimate choice for a heavy adrenaline rush.

However in real life, normal people don’t need that rush or eye-popping performance all the time, and many look for other things, too when buying an exotic car – ride comfort, for example.

And I ain’t kidding when I say there’s a comfortable Ferrari around – it’s called the Portofino.

The successor to the much liked (and hated) California T that many say isn’t a true Ferrari, the Portofino, which will be officially launched in Thailand later this year with a starting price of about Bt20 million, comes with a large number of improvements that die-hard Ferrari fans will be happy about.

Named after a small port city in Italy, the Portofino, a two-box fastback, is the entry-level Ferrari fitted with a V8 engine. But it’s not a two-seater like you’d expect, and comes with two doggy seats at the rear for kids or small adults (apart from dogs, of course).

The Portofino also comes with a powered retractable hardtop that instantly turns it into a luxury convertible. Step into the cockpit and you’re greeted by a rich mixture of leather and high-quality materials, in addition to attractive Ferrari styling.

But what will surprise you further is the ease of getting in and out. Forget the traditional “butt-in-first” technique of getting into a Ferrari – with the Portofino, it’s as easy as getting into a normal coupe. In fact, getting in and out is easier than for everyday cars like the Mazda MX-5 or a Mercedes-Benz SLC. There’s plenty of space as well, enough for two large-sized front occupants to get abundant headroom, shoulder room and legroom.

It’s also stylish and fully-equipped inside, with a 10.2-inch touchscreen display, new multi-function steering wheel with incorporated turning light buttons (no combination stalk), and even a passenger display that shows driving info such as vehicle speed, engine speed and driving mode (a good way to entertain your passenger). However, for a car that costs this much, it’s surprising that the power window on the passenger side is one-touch automatic only for down, not up (not sure how much money is saved there).

The first test drive event of the Portofino was held earlier this year in Europe, and Cavallino Motors, the official Ferrari importer for Thailand, made sure Thai media were invited. In fact, over the years, Cavallino has been increasing the number of invites, a move highly welcomed by the Thai automotive media.

A second event was held for the Portofino in Dubai earlier this month, a regional event to which I was invited along with another Thai journalist.

With racing tracks being available in Dubai (as well as Abu Dhabi), I was expecting some driving events there. It’s a Ferrari after all, right?

The Portofino is powered by an award-winning lag-free turbocharged engine carried over from the Cali T that generates as much as 600 horsepower at 7,500rpm and a whopping 760Nm of torque right from 3,000rpm. Acceleration from 0-100km/h takes 3.5 seconds, 0-200km/h in 10.8 seconds – and Ferrari claims the top speed is over 320km/h.

Even though my request for the event details went unanswered until a few days before the trip, I had high hopes of the experience in Dubai. It’s a Ferrari event. They are motorsports people. They understand what driving is about. They know what to do.

It was a huge disappointment to find out that the five multi-coloured Portofino cars in the media drive event would be crawling after a Maserati Quattroporte lead car, whose only purpose in life was to keep all drivers safe from any kind of accident, big or small, throughout the entire day. There were no circuits or tracks included in the day’s programme, and the highest speed limit on the Dubai highway is 120km/h.

Inviting an auto journalist to drive a 320km/h car in a 120km/h environment in a caravan is close to an insult. And worse is that the caravan was moving much slower than the rest of the traffic. Even trucks were overtaking the Portofinos (check out the video). It started to resemble a public relations photo-shoot stint rather than a proper test-drive event.

I was so upset that I told the fellow Thai journalist that he can drive for the whole day, I’d just be a passenger. But after the first stop, he convinced me to drive a little and I finally agreed.

After 15 minutes of averaging about 60km/h from the first stop (which didn’t have a toilet), we reached a gas station for relief, and that’s when I returned the key to my buddy.

Later in the day, when the group stopped for lunch, I had another offer to take a spin with the Portofino in the driveway of a high-end desert resort. I was told that a Ferrari photographer would help take pictures and video, but I also turned that down.

No matter how disappointed I was with the way the event was organised, I discovered that the Portofino really does shine in one department just as it was intended to – comfort.

The Portofino’s adaptive damper system does wonders keeping the occupants comfortable by ironing out all the road vibrations, and with the super-slow cruising on the way back, I soon fell asleep. It was a good sleep, with a nice, ergonomic position offered by the comfy passenger seat, and with a peaceful atmosphere (the engine speed was under 3,000rpm all the way).

While the driving event didn’t allow drivers to experience and understand much about the Portofino’s performance and characteristics, this entry-level Ferrari has what it takes to attract new customers to the brand who are looking no only for performance, but for the whole package including luxury, versatility and comfort.