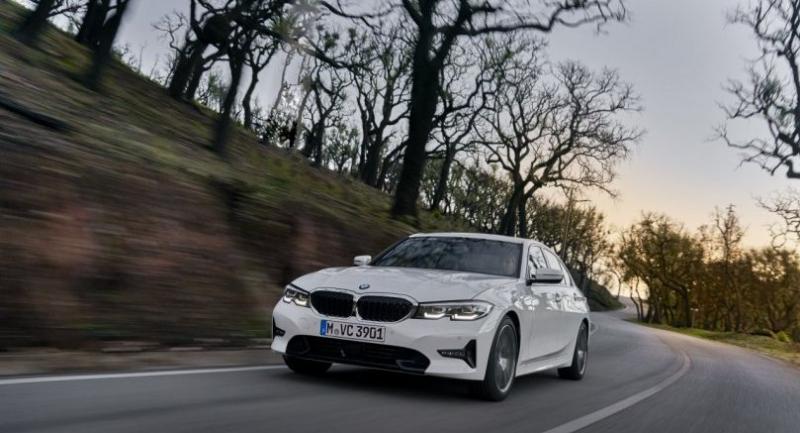 Though bigger and with technology you probably won’t want, the longtime favourite still boasts its famed great handling

OVER the years, the BMW 3 Series have always set the benchmark for driving dynamics, but the new model to be introduced in Thailand next year has more to offer.

Since 1975, more than 15.5 million 3 Series models have been sold worldwide, and it is indeed the best-selling model from the Munich-based manufacturer. This is the model that the “Sheer Driving Pleasure” slogan really applies to.

But the world today is full of innovations, and despite BMW claiming that the new model is the most dynamic 3 Series ever, the car comes with a bundle of modern and innovative features that reflects the level of modern technology put into the seventh-generation 3 Series.

As the world gears up for autonomous drive, the new 3 Series also gives you a taste of that, offering a good number of driverless features, and there is even a BMW Intelligent Personal Assistant that actually talks to you. This is a digital personality that reminds you of KITT from Knight Rider (or Siri for the new generation). In this case it is a lady’s voice (you can name her apart from the default “BMW”) and does many things for you, ranging from car systems to onboard entertainment and even making dinner reservations.

The new 3 Series was unveiled at the Paris Motor Show in October this year, and will be marketed around the world starting from March 2019. The global media drive event has been taking place during the past month in Portugal with the 320d, 330i and 340i being offered for motoring journalists.

The 320d is the model destined for Thailand at the launch next year (I’d guess around the Bangkok Motor Show in late March).

It is powered by a turbocharged 2.0-litre common-rail diesel engine that pumps out 190 horsepower and 400Nm. Apart from the smoothness, drivers would also enjoy the nice torque delivery that gives it sports-car acceleration. The 320d takes just 6.8 seconds to get from 0-100km/h, and has a top end of 240km/h.

According to BMW, the small high-pressure turbocharger and the variable geometry turbine geometry in the larger turbocharger team up to provide instant response and maximum torque when driving “flat out”.

What you always expect from a 3 Series is great handling and the new model certainly puts a smile on your face. All sorts of improvements have been made, including upgraded chassis and damper technology, increased stiffness, wider tracks, as well as lower weight (minus 55kg) and centre of gravity. And, of course, it still has a 50-50 front-rear weight distribution.

The aerodynamics have also been improved, with the Cd being lowered from 0.26 to 0.23. This helps with lower cabin noise and better fuel economy.

Taking the 320d through winding Portuguese country roads was highly entertaining. The new damping system provides sporty driving along with better comfort, even at low speeds. There was plenty of grip during sharp corners and the car never felt nervous when changing directions quickly. It’s still the best handling car in its class.

However in terms of comfort, the suspension still felt stiff despite the new damping, and a softer setting might be more suitable for Thailand conditions.

Inside the cabin, there’s more space, but that’s also the result of a larger exterior dimensions. The new 3 Series is as big as the older 5 Series from many years ago (while the 5 Series is like an old 7 Series), and although this is also happening to other brands as well, it just puts the 3 Series into another size category for me. It surely isn’t that compact sports sedan I was used to.

Despite the driver’s car handling, the interior of the new model isn’t exactly driver-oriented, with the console appearing pretty modular, no leaning towards the driver (you’ll need two parts for left- and right-hand drive models then).

The driving position however, is pretty good and the controls are easy to use. There is more shoulder and legroom for all occupants, although at the rear it’s not that significant.

While the analogue display has been replaced with a digital screen, it would be a shock to many 3 Series fans that the format has been totally changed. No more classic amber lighting and two dials – the space between the speedo and rev counter has been widened in order to display more information. In general, the layout is pretty boring and has no relation to BMW – it looks more like something from Audi.

But wait for the worst part – the rev counter moves counter-clockwise like those British super-luxury cars. You just wonder why on earth did they want to do that?

Meanwhile, the “big small car” now comes with many driving aids. Apart from Active Cruise Control, there are also fully automated Parking Assistant Plus and Reverse Assistance functions. It is still not clear whether they will be offered in Thailand, so let’s wait until next year.

But one thing is for sure, and that’s in terms of driving performance, the new 3 Series is still the driver’s car. And that’s a reason to celebrate.

But it is also a core model from BMW that reflects the changing requirements of global customers, and is the recipient of a very high level of new technologies for the modern lifestyle. Even things you don’t need.

At the drive event in Portugal, BMW said the new 3 Series will come with more features with no price increase, making it even more attractive against competitors. It will be interesting to see what kind of features are offered in the model offered for Thailand and also whether the pricing strategy will be used here as well.