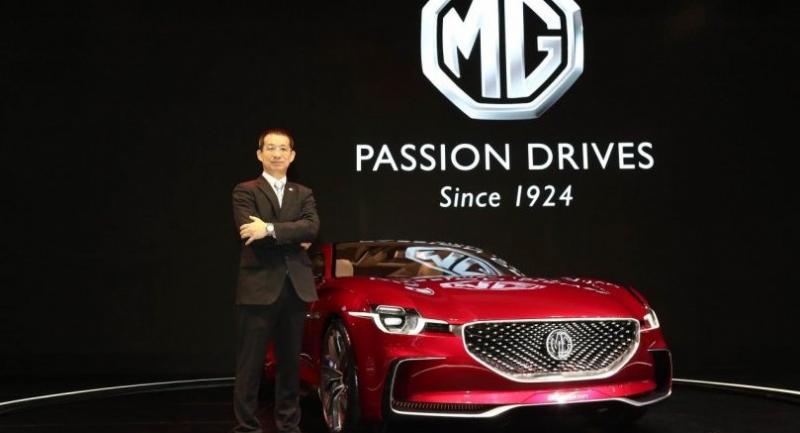 DESPITE selling just 200 units in 2014, MG (Morris Garages) has been highly successful in the Thai market, with sales of more than 50,000 vehicles by its fifth year in the Kingdom.

The British carmaker, which is owned by China’s SAIC Motors, entered Thailand in 2014 by teaming up with the strong CP Group in local assembly and distribution, and has been able to grow sales dramatically thanks to products with highly attractive pricing and trendy features.

Pongsak Lertruedeewattanavong, vice president of MG Sales (Thailand) Co Ltd, has been with the company since the startup stage, and has played a pivotal role in elevating the status of the MG brand in Thailand into a household name.

Since his graduation from Srinakarinwirot University, Pongsak first worked mainly in advertising, including a stint as marketing communications executive at Kodak (Thailand).

The 58-year-old soft-spoken executive entered the automotive world as marketing manager of Benz Thonglor, one of the top Mercedes-Benz dealerships in Thailand.

But the first big move took place in 1997, when he joined Honda Cars (Thailand) Co Ltd, the distributor of Honda cars in Thailand, as assistant manager.

“When I first joined Honda I wanted to work in sales, but due to the Tom Yum Kung financial crisis, they didn’t need so many people in sales. So I changed to product planning and stayed there for a long time, before moving over to PR and finally sales,” he says.

In mid-2014 Pongsak made an important decision – leaving the well-established Honda distributorship (which later took on the name of Honda Automobiles (Thailand) Co Ltd) to set up a new and not well-known brand like MG.

“At that time I was approaching my retirement age at Honda (which was 55) and I received a call from CP to join the MG project,” Pongsak recalls.

It was a rather boring time in his career at Honda, with a lot of routine work that was not exciting.

“I wanted something challenging and decided to come to MG,” he said. “Although MG is a smaller company, there is a larger responsibility scope for me and opportunities to use all my knowledge and experience here.”

Pongsak says that MG is a British brand and is actually not new.

“Many people think it is Chinese but MG actually has a very long heritage,” he says.

“One of our first challenges was that most people don’t know our brand and the only ones who can recall the name are very old. The job was to build a new brand in Thailand with a strong reputation.”

The first model from MG, the MG6, was not right for the Thai C-segment market dominated by the Toyota Corolla and Honda Civic, and just 200 units were sold during the first year.

It was when the MG3 was launched that MG took a big leap, as the product appealed to a wide range of buyers.

“MG is a new brand, so we must have competitive pricing. But if the price is too low, then it’s not good for business,” Pongsak stresses.

“The MG6 was a good lesson for us. So for the MG3 we made sure that it came with a very good package and pricing. It had two-tone paintwork that was unique and even a sunroof that was not usually offered in this segment.” The MG3 was so successful for the brand as it penetrated not only the B-segment but the low-priced eco-car market as well.

“SAIC Motor has done a lot to ensure that our products are competitive against Japanese, Korean, American and European brands. We have better driving performance than Japanese brands and we also offer as much technology as we can,” he says.

With more cars on the road plus more to come, more showroom and service centres are needed. MG will have 140 outlets by the end of 2019.