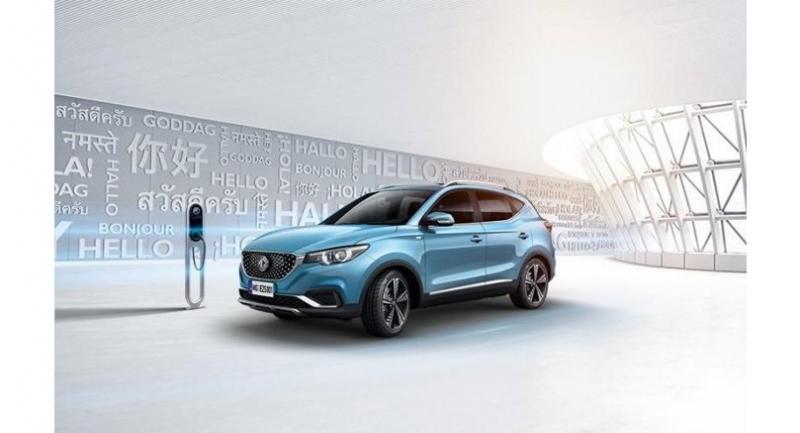 MG's ZS compact electric vehicle will be launched in Thailand on June 20.

MG has signed a memorandum of understanding (MoU) with Energy Absolute Plc for the joint development of a charging network for the brand’s electric vehicles (EVs) in Thailand.

The British auto maker, owned by China’s SAIC Motor Corporation, plans to launch its first EV in Thailand next month. The ZS compact EV will be the first fully electric compact crossover to be sold in the Kingdom when it is officially launched on June 20.

Prior to the signing of the MoU signing, MG producer SAIC Motor-CP Co Ltd and distributor MG Sales (Thailand) Co staged a seminar titled “EVolution of Automotive” to shed more light on electric mobility and opportunities for the Thai automobile industry in regard to electric vehicles.

The event featured seven guest speakers from organisations including the Ministry of Industry, the Thailand Automotive Institute (TAI) and MG Motors.

“Meanwhile, they will also achieve level 3 autonomous driving abilities in a range of 5, which means they can run in automatic mode in several conditions including highways,” he said.

While the local automobile industry was built under the model of manufacturer and suppliers (tiers 1-3), the structure will change dramatically in the future with digital-based companies replacing ramp-down suppliers of fading technologies, Adisak said.

Siriruj Chulakaratana, deputy permanent secretary at the ministry, said Thailand is gearing up for EVs and autonomous vehicles (AVs) and the significant changes that await the automobile industry, ranging from electrification to data management and communications as well as vehicle sharing.

“In the future, vehicles will also come with AI (artificial intelligence) that would connects a car to other vehicles as well as to a larger fleet and the city network,” he said.

Amorn Sapthaweekul, deputy CEO of Energy Absolute PCL (EA), said the company has built more than 400 charging stations around the country, with more than 200 already in operation.

While normal charging might take hours via a 44kW standard charger, EA also offers quick-charging services with up to 150kW of power, allows a vehicle to be fully charged in just 15 minutes.

“Currently we charge Bt50 an hour for charging PHEVs, but in the future, when there are more BEVs, we will start charging by electrical power units,” Amorn said.