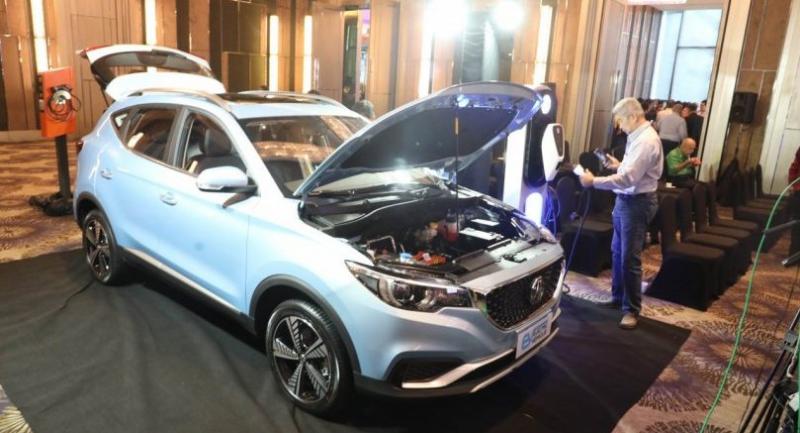 THAILAND needs to overcome many challenges to make the country a manufacturing hub for electric vehicles, experts said.

Speaking at a seminar on “Electric Vehicles: Technology that changes the world” held on Friday by Krungthep Turakij newspaper, experts from both the public and private sectors urged the government to build trust among Thai customers towards using electric vehicles as individual buyers are quite concerned about their viability due to higher prices compared to fuel and gas vehicles.

Chatri Limpongsai, executive director at the Board of Investment of Thailand (BOI), said that the BOI operated as a government agency under the Office of the Prime Minister. Its responsibility is to provide tax incentives and facilitation by granting tax and non-tax incentives to individual manufacturers in order to stimulate investments.

“Automobile is one of the business sectors we are focusing on to offer investment privileges,” said Chatri.

He added that the BOI had started offering investment privileges for electric vehicles since 2017 in keeping with the government’s policy to promote S-curve businesses as a strategic move to raise the economic level of Thailand.

Chatri said that these projects would have to start commercial operations within three years of being approved by the BOI.

Nattakorn Uthensut, director of the Tax Planning Office at the Excise Department, said that the number of electric vehicles had increased significantly in many countries around the world.

Nattakorn said the growth of demand for electric vehicles was in line with environmental concerns of many communities around the world and the urgent need to find an appropriate solution to reduce carbon dioxide emissions, a major cause of the global warming problem.

“In the US, they give US$7,500 subsidy for every new electric vehicle purchased for use in the country. In European countries, they have provided a subsidy package of up to between Bt200,000 and Bt300,000 on average to individual buyers to boost electric vehicle sales,” Nattakorn.

He said the starting prices of electric vehicles, however, are quite high in Thailand – at between Bt1 million and Bt2 million – compared to between Bt600,000 and Bt700,000 each for gasoline vehicles on average.

Nattakorn said that in Thailand, the Excise Department has provided tax incentives to manufacturers of electric vehicles. They will enjoy excise tax at as low as 2 per cent, and excise tax will be zero for those who can begin manufacturing operations between 2020 and 2022. The measure runs from 2018 to 2025.

He added that manufacturers who wish to claim the excise tax incentive, however, need to have the BOI promotional privileges. They are required to use batteries assembled or produced locally, within five years.

Nattakorn said that the current prices of EV batteries are between Bt200,000 and Bt300,000 on average and they have about a seven-year lifetime.

“The key problem for the development of the electric vehicle industry in Thailand is the small number of charging stations. We also have a problem of battery localisation. The cost of EV batteries is quite high. To support the government policy to make Thailand a hub for manufacturing electric vehicles in the region, having a good battery management system is quite significant,” he said.

“Another problem is consumer confidence, especially the difficulty in finding charging locations, the charging period, as well as the high battery prices. The prices of electric cars must be lower than today,” said Nattakorn.

Vitcha Chakornpipat, research and development director at the Metropolitan Electricity Authority (MEA), said that the MEA has been using electric vehicles at its operations since 2011.

“We have conducted a technical study on those electric vehicles and the possibility of them driving in real situation, as well as safety issues,” said Vitcha. “We found that the electric vehicles being tested at MEA had no problem over the past seven to eight years. The expense on electricity per kilometre is cheaper than fuel of any brand, and cheaper than gas in some models,” he noted.

Vitcha said that the only problem is that there is no central standard at the moment for the instalment of charging stations.

“I myself will be driving an electric vehicle if the price were affordable,” said Vitcha.

Dusit Anantarak, acting expert on guidance and warning for the industrial sector, the Office of Industrial Economics, said that Prime Minister Prayut Chan-o-cha had told the United Nations climate-change summit in Paris that the Thai government was committed to achieving its target of lowering greenhouse gas emissions by between 20 and 25 per cent by 2030.

“In the car manufacturing industry in Thailand, as much as 50 per cent of the manufacturing capacity is targeted for exports. So, vehicle manufacturing should be in line with the global trend, which is sustainable mobility,” he said.

“This is a major challenge on how to make all the vehicles manufactured and distributed in Thailand to be zero-emission,” added Dusit.

Yossapong Laoonual, president of Electric Vehicle Association of Thailand (EVAT), said that the excise tax charged for eco-car manufacturers is at 12 per cent currently. However, the excise tax has been reduced to only 2 per cent for electric vehicles. It is also quite encouraging for manufacturers to transfer their production facilities from eco- to electric vehicles.

He said that Thailand should be an important manufacturing base for electric vehicles, as the government’s incentive policy is quite encouraging.

“We would like to have a turnkey research and development on electric vehicle technology in the country so that Thailand can be a hub for manufacturing and exporting of electric vehicles to potential markets around the world,” he said.