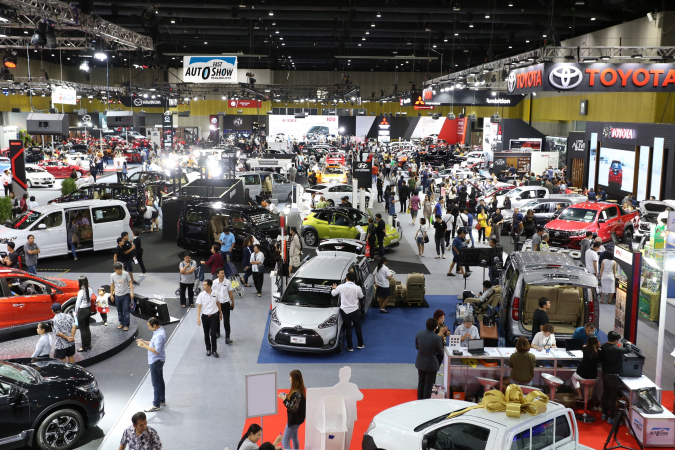 A total of 3.335 orders were placed for new and used vehicles at the show.

More than 292,000 visitor checked out the FAST Auto Show Thailand 2019 held last month, 17 per cent more than the expected – and organisers say consumers still have money to spend when enticed by the right promotions.

Show organiser Pattanadesh Assappakij, said 3,335 orders were placed for new and used vehicles (11.2 per cent higher than the 3,000-unit target).

“It seems that the Thai economy is improving and consumers still have the purchasing power – they are just waiting for the right sales promotions and campaigns,” he said. “As for used cars, customers want to he sure about the quality of the vehicle and the integrity of the dealership.”

Among the top highlights at the show were EVs (electric vehicles) such as the MG ZS, Nissan Leaf, Hyundai Ionic and Hyundai Kona. Meanwhile, the new Honda BR-V and Suzuki Ertiga MPV also enjoyed high popularity at the show, Pattanadesh said.