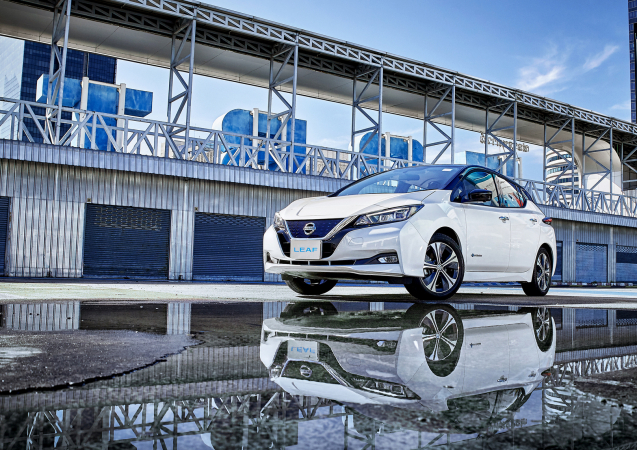 Priced at Bt1.99 million, the Nissan LEAF is the first EV from a major auto maker in Thailand.

Nissan has big plans for the Leaf, the first electric car offered by a major automobile company in the Thai market.

Nissan reckons that by being the first, it can establish a strong foothold in this market when EVs (electric vehicles) start taking over the world in the foreseeable future.

However, Nissan know the feat won’t easy, since Thai consumers – like most people around the world – remain wary of the technology and the operating range, as well as safety. It will be years before there is a significant level of public acceptance.

To date, almost 100 units of the Leaf have been sold here, which is a great start for Nissan, although well below sales of the recently launched MG ZS EV, which has surpassed 700 units.

Clearly the Bt1.99-million pricing of the Leaf is the culprit here. Priced at just Bt1.19 million, the MG ZS EV is finding purchasers much more easily.

Nevertheless, Nissan says the two EVs are in different segments – and with that big a price difference, they’d better be. 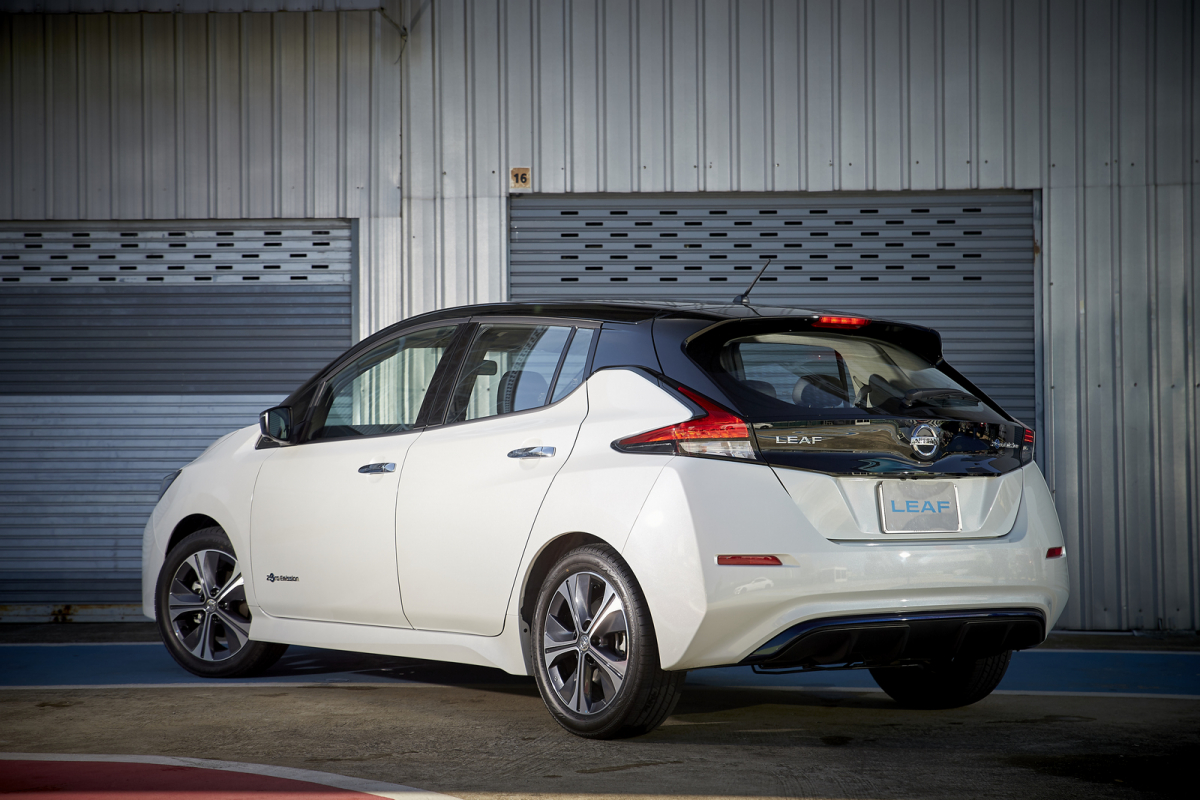 During the past week Nissan went ahead with its marketing drive for the Leaf, staging a driving event for the local media and customers in Bangkok. The goal was to display its sporty performance and its real range in actual Bangkok driving.

The Leaf comes with a 40-kWh lithium battery and a 150-horsepower AC synchronous electric motor, driving the front wheels with 320Nm of torque available from 0rpm.

The second-gen Leaf’s battery pack has been upgraded, offering a 60-per-cent increase in energy density while retaining the same size.

Nissan claims the Leaf can accelerate from 0-100kmh in 7.9 seconds and reach a top speed of 150kmh.

But what everyone really wants to know is how far it can go before the battery’s dead. According to NEDC standard figures, the Leaf can cover 311 kilometres cruising, which means that, in real-world driving (which involves acceleration and deceleration, traffic jams and high speeds on the motorway), you’d go much less than suggested. 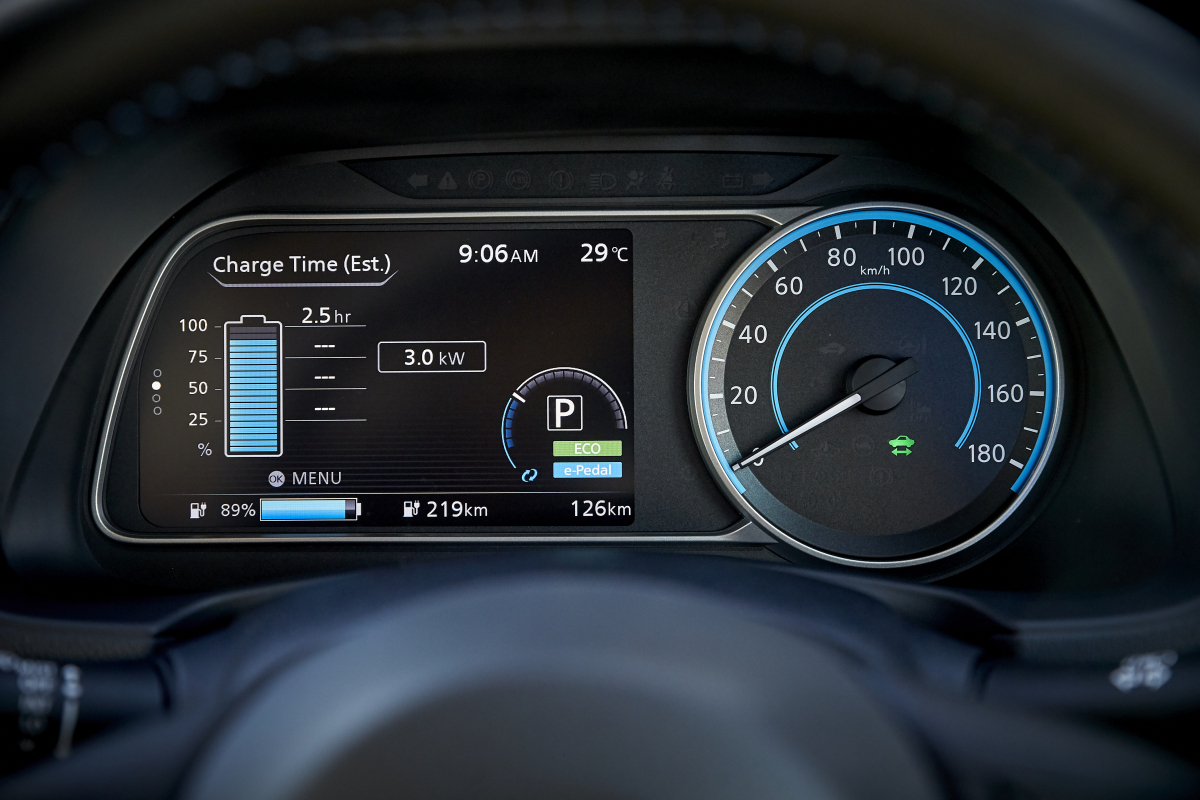 While EVs operate efficiently at lower cruising speeds and are able to regenerate electricity in stop-and-go traffic, the battery gets sucked dry with any form of high-speed driving, even for a short period of time. And, unfortunately, the Leaf is no exception.

I took the Leaf from the event headquarters on Rama IX Road to the Riva Floating Café in Nakhon Pathom (pretty nice place with its natural atmosphere, I must say) and back, with speeds varying according to the road type – from stop-and-go on Rama IX to highway speeds on the expressway.

I’d guess that the Leaf can cover 220-250 kilometres on a single charge.

Thanks to the electric motor, there’s as much as 320Nm of torque ready to be served from 0rpm, offering super-quick pedal response and acceleration, from any given speed.

The electricity cost depends on several factors, but Nissan is looking at the Bt200 level per full charge or Bt0.50 per kilometre (compared to Bt1.50 and above for regular cars with internal combustion engines).

And, due to having fewer components than cars with internal combustion engines, the Leaf promises significantly lower maintenance costs, while the battery is made up of small modules that can be replaced individually to help save costs.

One of the new features that Nissan is enthusiastic about is the e-Pedal, which goes a step further in harvesting energy from regenerative braking. Lift off the pedal and the car starts to brake (with deceleration rate of up to 0.2g), just like you experience in a golf cart. With the e-Pedal function on, you can practically move and stop the car with just the accelerator pedal.

However, while some might like the convenience (and the added level of energy regeneration), some will not.

“My wife is going to kill me if I put this on while driving in traffic,” said my co-driver as he signalled me to look at his head rocking back and forth while he pressed and eased off the accelerator. 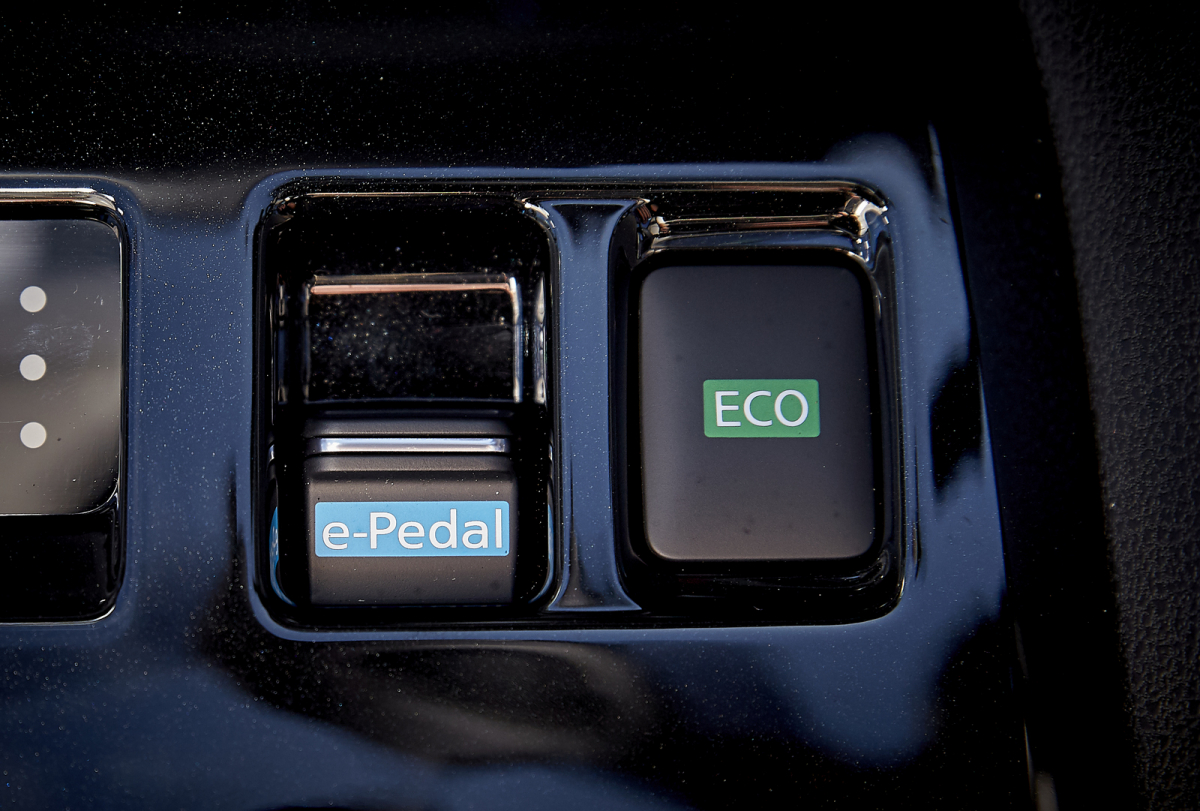 Nissan says it takes 12 hours to fully charge the Leaf with a regular 3.6kWh 3-phase wall outlet via the universal cable, but the time is halved with a 6.6kWh wall box. For quick visits to charging stations, it takes 40 minutes to reach 80 per cent capacity.

The number of charging stations for EVs (as well as PHEVs) is growing in Thailand and it should be easy to plan long-distance trips, especially with smartphone apps (from Nissan as well as charging-station operators). 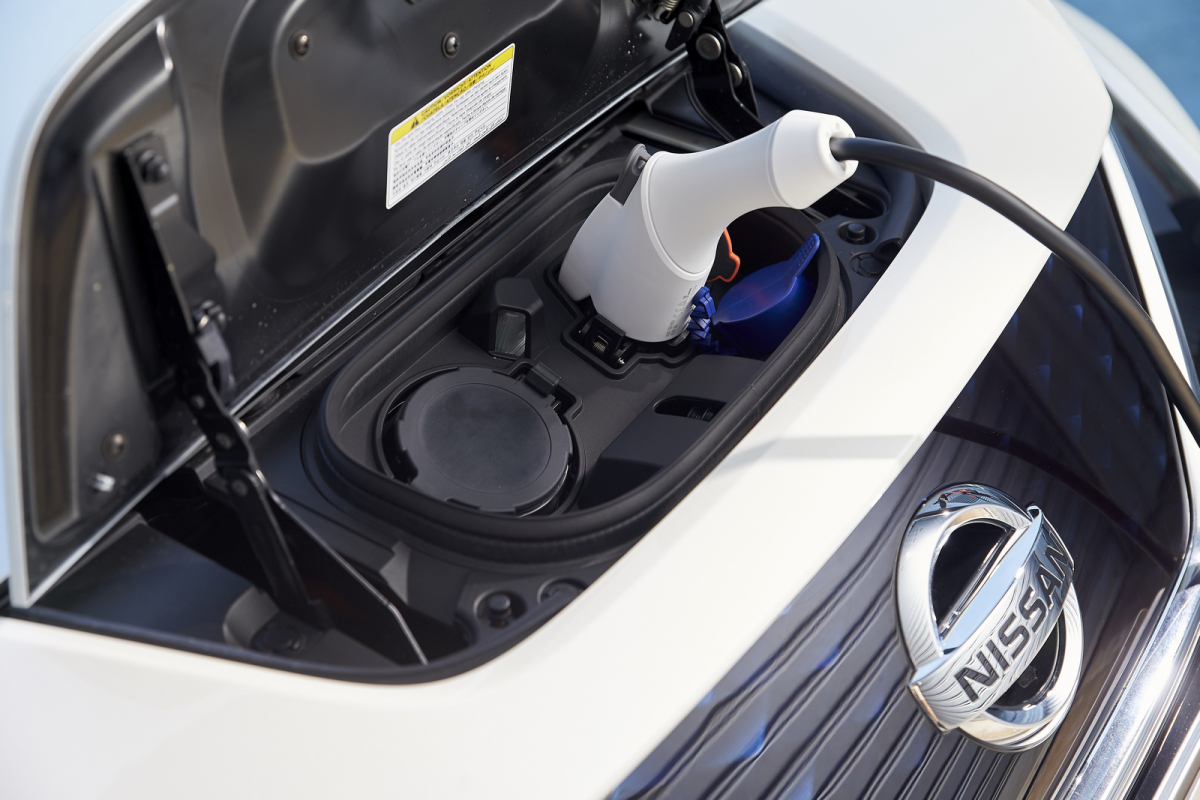 The Leaf is a five-door hatchback that offers good practicality. The steering is feather-light and, although the suspension provides nice ride comfort at cruising speeds and it feels very stable, the Leaf doesn’t take hard bumps very well, especially those in downtown Bangkok.

While there’s no noise from the motor (a good point for having no engine), you seem to be bothered more by the tyre and wind noise (even with the 0.28 coefficient of aerodynamic drag stated by Nissan), particularly around 120km/h.

The Leaf offered in Thailand is currently available only with a white body and black roof. Nissan says other colours will be considered in the future, along with possibly more features.

It’s a shame that the Pro Pilot autonomous driving and automatic parking functions have not been included in the Leaf’s Thai package. Two reasons – lane markings in Thailand are often unclear, which could cause the system to malfunction, and it’s cheaper without them.

The Leaf is imported and lower specs mean that Nissan can quote lower pricing and minimise the amount of import duty the Leaf has to carry.

It’s a good thing that Nissan has left many of the intelligent safety features untouched. They include Forward Collision Warning and Braking, Moving Object Detection, Drive Attention Alert and Around View Monitor (AVM).

While the exterior design is pretty clean and understated, the cabin design is a small disappointment. The first thing I felt inside the Leaf was that it looks just like a normal car with nothing to impress you with, like the huge displays in the Tesla or even the Toyota Prius hybrid.

The black interior has blue stitching and there’s a tiny, low-res touchscreen on the centre console, plus a multi-information display on the fascia that provides a large amount of information through various screens.

There is Bluetooth, USB input and a 12-volt outlet, just the regular features you’d find in a normal car. 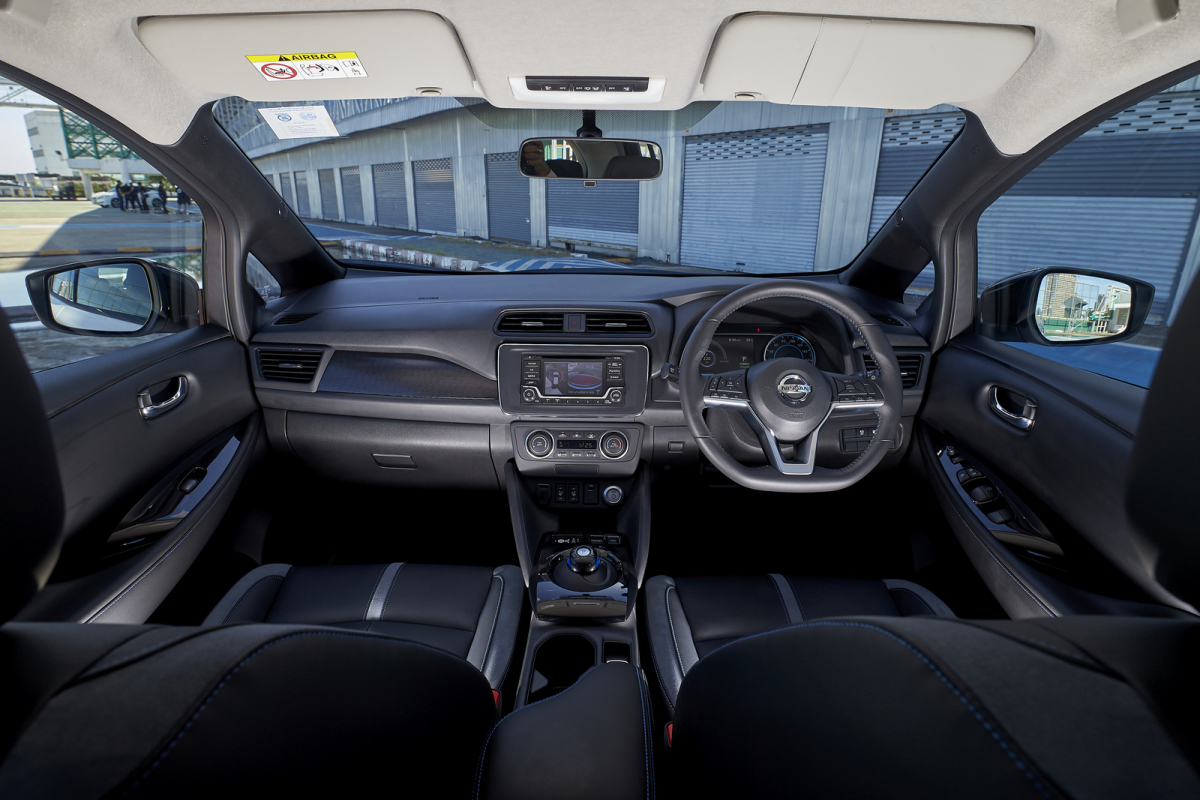 There is good usable space in front as well as visibility, but things aren’t too good at the rear, with little headroom for six-footers and small rear windshield for you to see through while reversing (luckily there’s AVM).

The rear seat backrest is split-foldable and helps to increase the standard 435-litre luggage area further, although you don’t get a totally-flat floor, due to the battery pack. 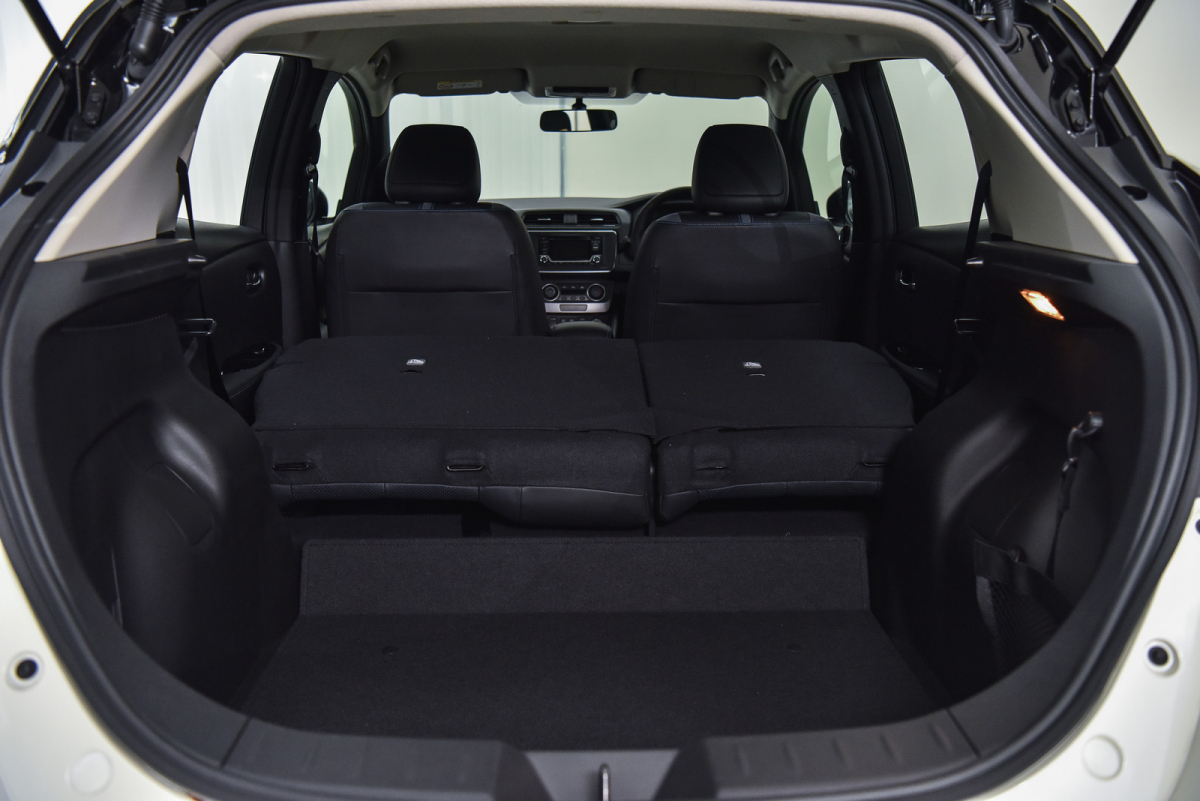 The Nissan Leaf is a good example of what we can expect from the latest batch of EVs that are appearing in Thailand. But with its rather hefty price and removed features, it’s unlikely to become a household name. Rather. It will be a nice second car for the family that’s eco-friendly and economical.