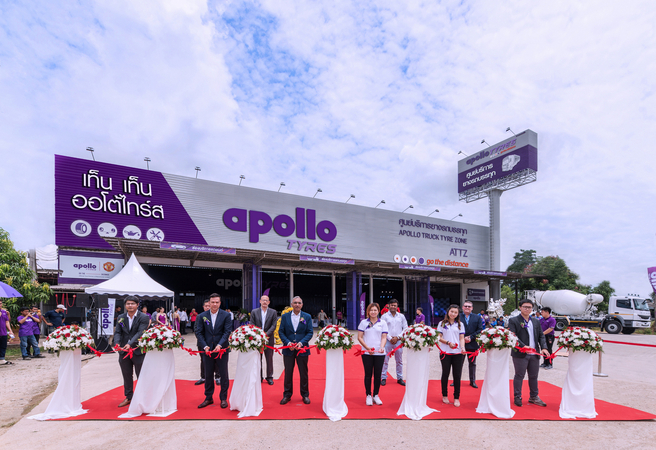 Apollo Tyres is tapping into the Thai tyre market for commercial fleets by focusing on increased convenience and high standards, the company said in a press release today.

The Indian tyre maker, which is the 7th largest in the world, formally inaugurated its first Apollo Truck Tyre Zone (ATTZ) in Thailand with Ten Ten Auto Tyres in Songkhla’s Hat Yai district.

“Apollo Tyres is committed to providing the best products and services to consumers. This integrated ATTZ centre brings together the strong partnership between Apollo Tyres and Ten Ten Auto Tyres, which has 30 years of experience in truck services, and is well-known among truck owners in the southern region of the country,” said Satish Sharma, Apollo Tyres’ president for Asia Pacific, Middle East and Africa, adding that the company had provided such modern equipment as a steel bar bender machine, a wheel alignment machine for cars and trucks, automatic tyre changer and wheel balancing machine to the centre. This would enhance service performance for cars and buses, and efficiently reduce maintenance costs of vehicles serviced through improved fuel consumption.

Shubhro Ghosh, Group Head for Asean, the Middle East and Africa, added: “We have seen the strong and steady growth potential in Hat Yai, which is a strategically important logistics area in the south. The launch of ATTZ will help us cope with growth in commercial fleets and increasing demand in radial tyres, as our prices are more affordable, together with our quality products. We decided to engage with Ten Ten Auto Tyres, one of Apollo’s important partners in the south because of their expertise and professionalism in providing services. We are also planning to open more such outlets to serve fleet customers in the Asean region“. 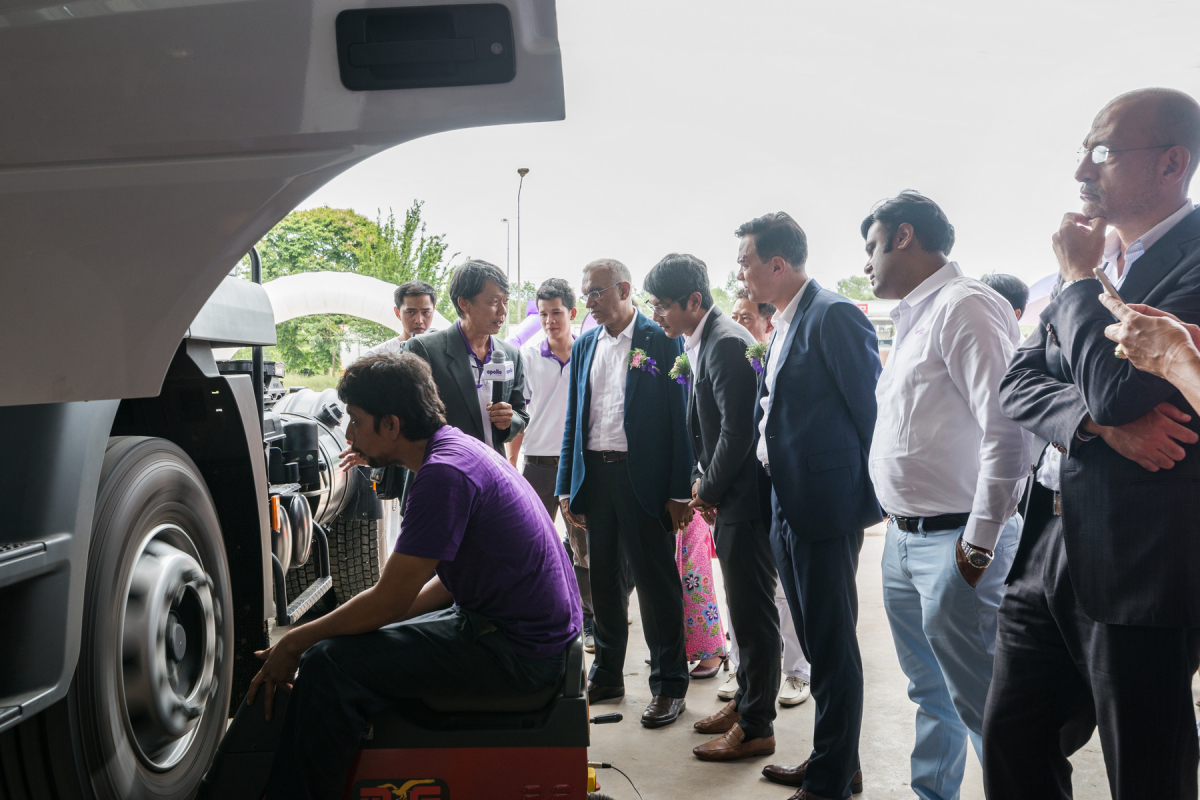 Ten Ten, which has been in the tyre business for more than 40 years, is on Road Number 4, Tha Chang Sub-district, Bang Klam District, just 12 kilometes from Hat Yai International Airport.