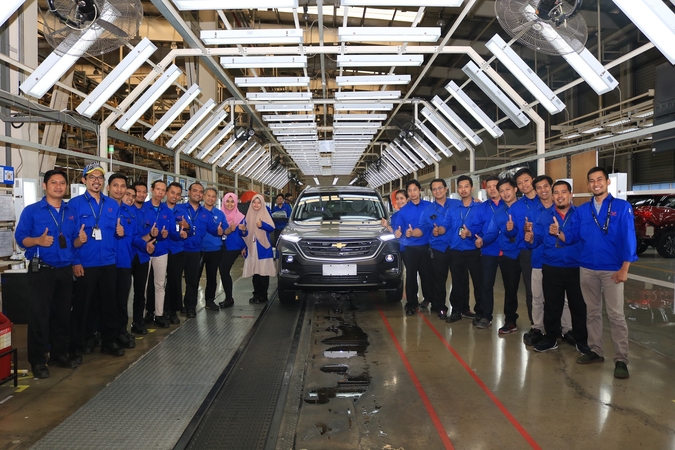 Production of the new Chevrolet Captiva SUV will commence this month using GM’s globally implemented Built-In-Quality (BIQ) principle and processes at every stage of manufacturing to help assure durability and reliability, General Motors said in a press release on Friday.

It said SGMW’s advanced design, engineering and manufacturing capabilities will make it possible for Chevrolet to bring several new models to Thailand and other markets in coming years.

“Partnering with SGMW provides Chevrolet in Thailand and many other markets with a growing portfolio of world-class vehicles leveraging GM’s global scale and presence,” said Hector Villarreal, president of GM Southeast Asia.

“As the first vehicle born from this collaboration, the All-New Captiva has the honour of jump-starting a new era for Chevrolet in Thailand.”

SGMW implements GM’s BIQ principle on all Chevrolet vehicles. At every stage of manufacturing, from stamping and welding to painting and final assembly, BIQ processes give all vehicles the highest level of quality.

According to GM, this is fundamentally different from the way some other automakers operate, only conducting quality inspections before vehicles leave the line or plant.

GM said this containment approach, known as “quality inspected in”, has several weaknesses. It depends on the ability of quality inspectors to spot problems and requires undoing faults by dismantling and refitting vehicles. To do it that way is time-consuming and costly.

“In the 100-plus years that GM has been producing passenger vehicles, our quality systems and processes have continuously improved,” said Peng Lingchen, SGMW manufacturing operation director.

“Our BIQ principle puts quality in the build process. This ensures that any potential quality issues are addressed in the production process, rather than in the finished product.”

He said a vehicle starts to age the moment the customer takes delivery. How well it ages depends on weather, road conditions, driving style and maintenance, among other variables. Those are parameters no automaker can control.

The Captiva will go on sale soon, starting at less than Bt1 million. GM said it will offer one of the roomiest interiors in the market and be available in five- and seven-seat configurations, topped with a panoramic sunroof.