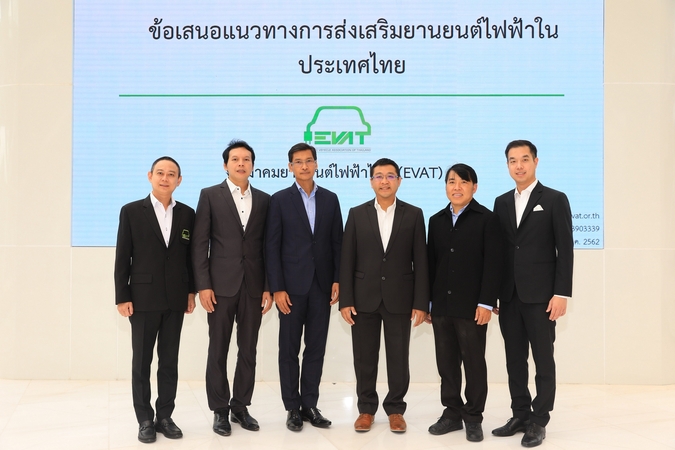 The Electric Vehicle Association of Thailand (EVAT) yesterday announced its proposal for promoting the use of electric vehicles in Thailand in light of the increasing number of people who are switching to EVs.

EVAT executives said in a press conference in Bangkok yesterday that according to the data from the Department of Land Transport, new registrations of plug-in hybrid electric vehicles (PHEVs) and hybrid electric vehicles (HEV) reached 15,366 units in the first half of 2019, representing more than 75 per cent of the total 2018 year-end registrations of 20,344 HEVs and PHEVs.

The first six months of 2019 saw 420 battery electric vehicle (BEV) registrations, higher than the 325 registrations during the whole of 2018. Public charging stations increased too, with the current figure standing at 340 nationwide. Optimistic at this rise in electric vehicle registrations, EVAT noted that this trend us is likely to continue and has thus drafted a proposal to promote electric vehicles covering eight main actions that it wishes to see government include as part of the national policy. 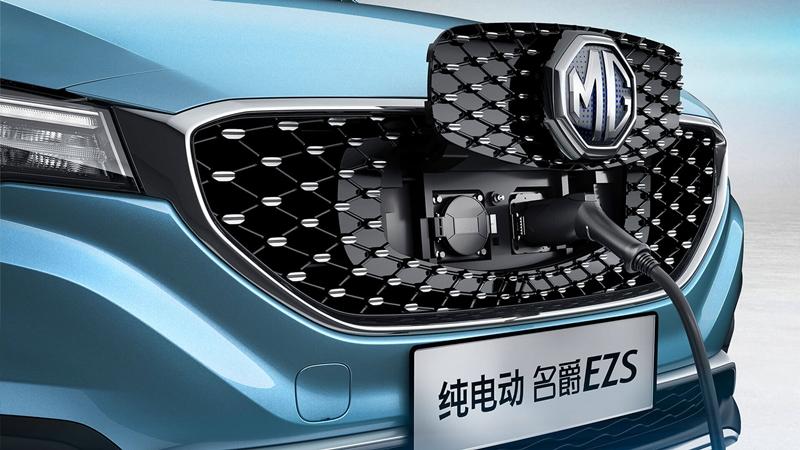 Dr. Yossapong Laoonual, president of EVAT, said, “The association brainstormed on the proposals with the private sector, academia and experienced experts. I think that the government will play an important role in enabling the proposal to perform in a more practical and concrete way. The association is willing to support government agencies in all activities related to the promotion of the use and development of electric vehicles in order to make them popular. Furthermore, electrification can also help reduce pollution, environmental problems, and global warming.

EVAT’s proposals are as follows.

Concrete preparation of the integrated map regarding the introduction of electric vehicles (EV Roadmap): Proper goals must be set for the number of vehicles and charging stations along with support for the development of the domestic electric vehicle industry throughout the supply chain. In addition, the association also proposed the establishment of an integrated policy committee with the Prime Minister or The Deputy Prime Minister as its president so as to ensure everyone is moving in the same direction.

The association suggests the public sector considers amending various laws such as allowing electric tuk tuks and electric taxis to be registered under clear rules and without hassle. This includes promoting the use of electric tuk tuk in the tourism industry. The association also proposes distinguishing registration data of plug-in hybrid and hybrid vehicles. 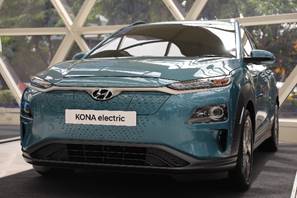 In promoting the use of electric vehicles, the government should introduce the following measures:

2) Increase incentives for EV drivers such as issuing measures to add more electric chargers for electric vehicles in public places and include more rights to drive in the special lane.

3) The state agencies should be the leaders in using electric vehicles by purchasing BEVs as mentioned in the Cabinet’s resolution.

4) Expand the use of electric vehicles as public transport vehicles such as public buses, three wheelers, taxis.

5) Promote the license plate classification for EVs by using colours and symbols that are visible and easy to distinguish for each type of EV. This aims to create public awareness and the participation of drivers in reducing pollution and preserving the environment.

Dr. Yossapong said that all sectors should help promote the production of electric vehicles in the form of motorcycles and three wheelers.

“We should promote the potential of Thai entrepreneurs in the development of technology and production of electric vehicles by supporting research leading to the development of the EV Open Platform. This is aimed at enabling operators to take action on continuing the use of the platform,” he said.

The EVAT also calls for the government to initiate standards for EVs and related parts, which should include a comprehensive automotive standard including the establishment of a testing and certification agency for EVs and electrical batteries that have deteriorated. The process should confirm to international standards.

There should be preparation on infrastructure to support EVs such as establishing Quick Charge charging stations at various locations. There is also a need to develop personnel to work with electric vehicles though training and initiating professional courses in educational institutions.