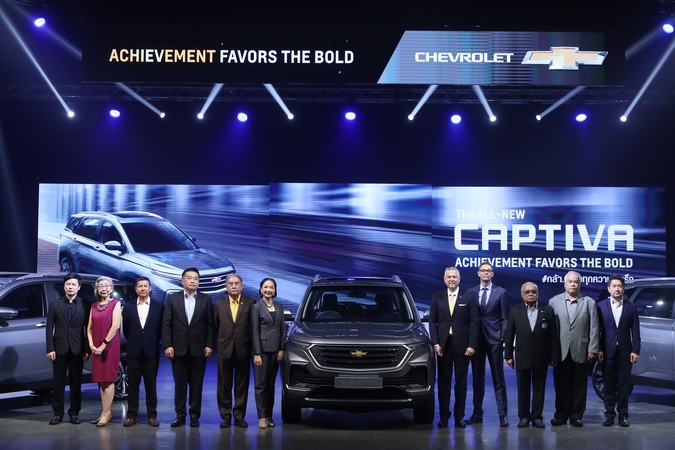 Chevrolet has launched its new Captiva SUV, imported from Indonesia, at prices starting at below Bt1 million.

The new Captiva is available in three trim levels, with LS starting at Bt999,000 (Bt30,000 extra for the seven-seat option), while the LT and Premier, which come with seven-seats, going for Bt1.099 million and Bt1.199 million respectively.

The second-row seats have sliding, tumble and split-folding functions, while Chevrolet says the new Captiva offers a larger cabin along with 587 litres of cargo capacity once the third-row seats are folded flat.

Power comes from a newly developed turbocharged 1.5-litre engine capable of producing 143hp and 250Nm. A CVT (continuously variable transmission) with eight-speed manual mode is standard across the range.

In a move to boost sales, Chevrolet is offering a cash discount of Bt40,000 for the first 300 buyers of the LS model, while buyers of the LT and Premier models get free scheduled maintenance for the first 50,000kms/30 months. There is also a low 1.89-per cent interest rate offer plus 1-year insurance.