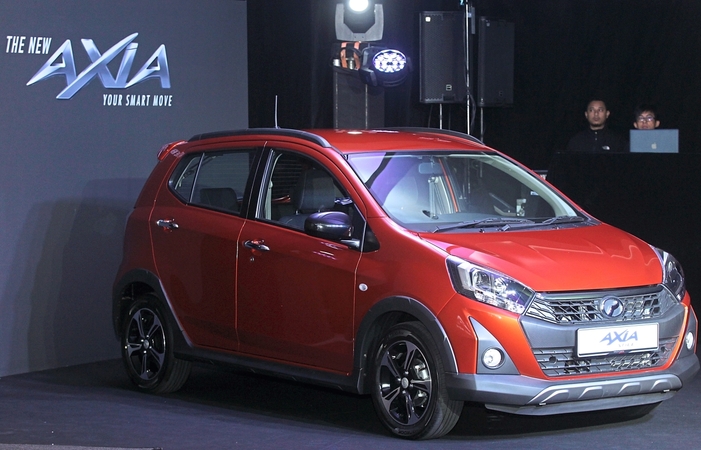 PETALING JAYA: Perodua is expecting strong interest in the affordable car segment to push the sales of the new face-lifted Axia model to 6,000 units per month.

Perodua president and CEO Datuk Zainal Abidin Ahmad said the company had secured more than 5,000 bookings of the new vehicle since its order books were opened in Aug 22.

The new Axia, which was officially launched by Perodua chairman Tan Sri Asmat Kamaludin at Perodua Sentral here yesterday, comes with a 1.0-litre engine and a choice of either a five-speed manual or four-speed automatic transmission.

The GXtra, SE, AV and STYLE variants come with Vehicle Stability Control and Traction Control, while the AV gets the additional Advance Safety Assist 2.0 system.

On-the-road without insurance its price ranges from RM24,090 to RM43,190 in Peninsular Malaysia.

Some 400,000 units of the Axia had been sold since the model was introduced in September 2014.