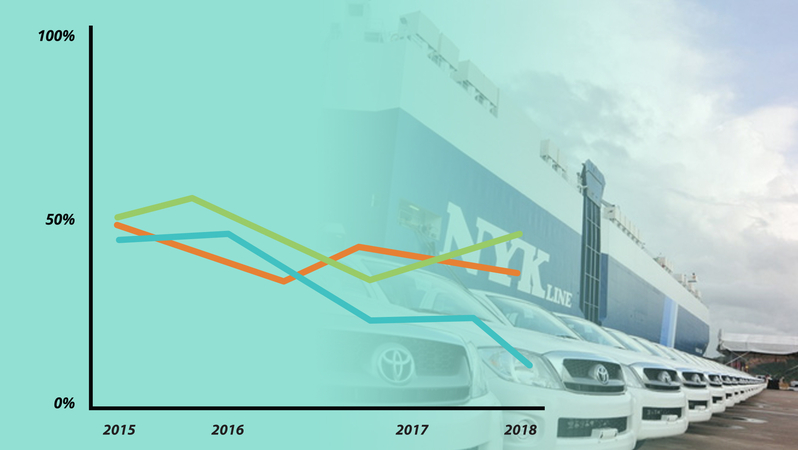 A total of 80,838 vehicles were sold in August, down 6.9 per cent compared to the same month last year, according to figures from Toyota Motor Thailand Co Ltd (TMT).

In August, sales comprised of 33,036 passenger cars (down 3.3 per cent) and 47,802 commercial vehicles (down 9.2 per cent), TMT vice president Paveena Nantikulvanich said in the company’s monthly report.

She said the Thai economy is experiencing a slowdown similar to the world economy, which as affected purchasing power and consumer confidence.

However, sales in the first eight months was still positive, with 685,652 vehicles sold, an increase of 4.2 per cent compared to the same period last year.

“The passenger car market grew by 6 per cent while the commercial vehicle market grew by 3.1 per cent,” she said, adding that contributing factors were the introduction of new models and attractive promotions that has been offereed particularly durng the first half of 2019.

“The government has been launching economic stimulus measures while auto companies are still introducing new models as well as offering attractive sales promotions in order to continuously stimulate the market,” she said. “However, concern about the economic slowdown may affect purchasing power, and that may keep September auto sales in a static state.”