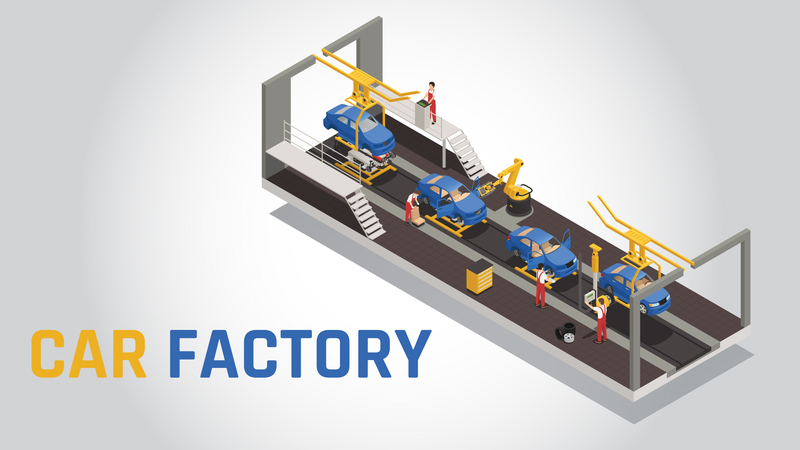 Fiat Chrysler is sending workers home at four factories. Ford has two operating on fewer shifts and two others no longer building discontinued products. And General Motors Co. may dial back output despite being just a couple months removed from enduring its longest strike in almost half a century.

Detroit's three automakers are bracing for a slower year of U.S. sales by tapping the brakes on production. And they're not alone: Researcher LMC Automotive projects that five of the six largest North American manufacturers will assemble fewer vehicles this quarter than a year ago.

Arguably the biggest concern the auto industry has going into 2020 is how much longer the good times will last after years of strong demand and rich pricing. While companies just sold over 17 million vehicles for a fifth consecutive year, more of their volume went to rental companies and other fleet purchasers. American consumers, who have been buying fewer new cars and trucks for several years, are finding them less affordable as the average window sticker approaches $35,000.

"It's hard to argue why consumers would buy more vehicles this year, given these higher price points, given we're so long in the tooth in this economic recovery period," Charlie Chesbrough, senior economist at Cox Automotive, said during a presentation in Detroit this week.

Fiat Chrysler's expected cutbacks are the least surprising. The Italian-American automaker built up a stock of as many as 70,000 unassigned vehicles in December, rankling sales staff who were forced to work overtime coaxing dealers to place orders. The pileup contributed to discounts the company billed as its most aggressive since 2008.

The carmaker is idling plants making minivans in Ontario and Jeep Cherokee sport utility vehicles in Illinois this week and next. It's also pausing production for a few days in January at two Mexico factories that assemble key models including Ram trucks and Jeep Compass SUVs, according to a spokeswoman. LMC estimates the company will reduce North American production by about 5% from a year ago.

"We always balance our inventories with our dealers," Jim Morrison, the head of Jeep for North America, said in a Jan. 13 interview. "We want to make sure there's a good balance."

LMC's expectation for a small decline in GM production is a bit more confounding. United Auto Workers union members walked off assembly lines for 40 days last fall, costing the carmaker about $2.9 billion. Still, the company is expected to trim output by almost 2%.

Ford, which is projected to pare back by about 5%, has plants in Kentucky and Michigan each running one fewer shift than a year ago. A factory in Mexico is down while preparing to make the Mustang Mach-E electric crossover, while an Ontario facility stopped building the discontinued Ford Flex and Lincoln MKT models.

Honda Motor Co. is expected to make the most significant cut at 11%, while Toyota Motor Corp. is the only one of the top six producers LMC sees manufacturing more vehicles than a year ago. Industrywide, output may be little changed.

"Further slowing of production - either less overtime or week-long closures - is expected in the first and second quarters to keep inventories from getting out of control," he said.