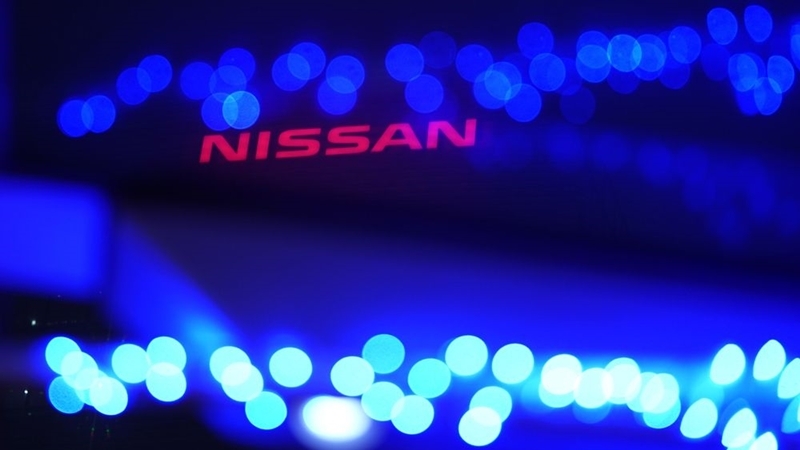 Nissan shares fell to a decade low after the company cut its full-year profit outlook and scrapped its year-end dividend payout, slipping to fifth place by market value among Japan's automakers.

Dogged by falling sales in the U.S., Japan and Europe, as well as instability in its most senior management ranks following the arrest of former Chairman Carlos Ghosn, Nissan reduced its full-year operating profit forecast to 85 billion yen, down from an earlier estimate of 150 billion yen. The shares of Renault SA, which owns 43% of Nissan and relies on dividends from the Japanese company, were mostly unchanged in Paris after the figures were released.

By slashing its dividend payment to the lowest level since 2011 and pursuing a previously announced plan to cut 12,500 jobs globally, Nissan is trying to free up cash for investment in next-generation technology needed to stay competitive in areas such as electric vehicles and self-driving cars.

"Unfortunately, our business performance has worsened more than we anticipated, and there's no letting up on investing in the future," Chief Executive Officer Makoto Uchida said at a press conference at the company's Yokohama headquarters. "In order to invest in growth, we ended up with this dividend."

The results and outlook underscore the challenges facing Uchida, who took over as CEO in December and promised to unveil a revised midterm plan in May for Nissan and its two-decade alliance with France's Renault, which has itself recently appointed a new CEO.

The carmaker had initially projected an operating profit of 230 billion yen for the fiscal year through March, but trimmed that last quarter. A year ago, it earned 318 billion yen - which at the time marked its lowest annual income in a decade.

Nissan's total dividend for the current fiscal year is on track to be 10 yen a share, including the prior payout. In November, the Japanese company withdrew its dividend outlook after cutting it in May - the first reduction since it suspended dividends in 2009 amid an industrywide recession.

Executives sought to downplay concern about its negative free cash flow, which ballooned to minus 256 billion last quarter compared with minus 70 billion a year ago.

Rakesh Kochhar, a senior vice president in charge of global treasury and automotive sales finance operations, told reporters that liquidity isn't an issue. "If we need to borrow more money we can do so, and at the right time we will also issue financial bonds," he said, a reference to an issuance originally anticipated last fall.

"There's no magic potion," said Bloomberg Intelligence analyst Tatsuo Yoshida. "They're going to have to make bold cutbacks in production."

Revenue and income fell in all of Nissan's core sales regions, including in China and its home market of Japan. In North American, its largest and most lucrative market, profits fell by more than 25% compared to a year ago to 21.6 billion.

"We know exactly what the problem is," said Ashwani Gupta, Nissan's chief operating officer. "We are confident that the U.S. will come back" once eight new models are launched over the next two years, he said.

Worldwide sales volumes at Nissan slid 8.4% to 5.18 million vehicles last year, pulling down its combined performance with Renault to third place globally after top-ranked Volkswagen and - for the first time since 2016 - Japanese rival Toyota. For the year through March, Nissan cut its automobile sales outlook by 3.6% to 5.05 million units.

The results are beginning to overshadow Nissan's other big headache, the charges against Ghosn on alleged financial crimes. Sluggish profits, stuck near a decade low, also weaken the Japanese company's position in its three-way carmaking alliance.

Ghosn, who has denied all charges, fled trial in Japan late last year, making his way to Lebanon in a private jet. The former executive and Nissan are now suing each other.

After years of sales incentives that eroded margins and pushing businesses to buy cars, CEO Uchida said Nissan needs to rebuild its brand image and focus on appealing to retail customers.

Uchida, Nissan's third CEO since 2017, joined Nissan in 2003 from metals and machinery company Nissho Iwai. He was most recently in charge of the Japanese automaker's operations in China.

The CEO said that Nissan plans to reopen three of its Chinese factories shuttered by the coronavirus outbreak from Feb. 17 and two others from Feb. 20. Those plants have been closed since late January as a planned break for the Lunar New Year was extended amid concerns about the spread of the contagion.

"Considering that we won't resume production until mid-February, that will have some impact" on income and revenue in the current quarter, Uchida said.