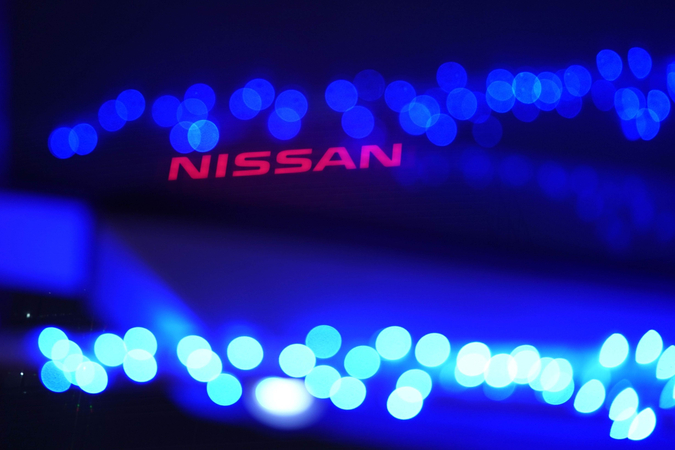 Nissan gave the starkest warning yet on the future of the Japanese group's car factories in western Europe, with a plant in the U.K. threatened by Brexit and another in Spain suffering from a slump in demand.

The Sunderland site in England, which makes models that account for the bulk of European sales, remains under a cloud of uncertainty, Gianluca de Ficchy, chairman of Nissan Europe, said Monday in a press conference near Paris.

Should Britain fail to reach a free-trade agreement with the European Union, a resulting 10% tariff on cars and parts could not only spell the demise of the plant, which sends about three-quarters of its output to the continent, but also of Nissan's entire European strategy, the executive said.

"We would not be viable," he said. "We just wouldn't be able to sell our cars."

Nissan's latest warning on Sunderland, the U.K.'s biggest auto plant, comes after Prime Minister Boris Johnson began talks aimed at hammering out a trade deal with the EU before the end of the year. Adding to the pressure on the Asian manufacturer are declining sales and profitability.

Nissan cut its full-year profit outlook this month and scrapped its year-end dividend payout, with the carmaker's stock down about 21% since the start of 2020. A turnaround plan isn't due for another three months.

Sunderland makes the Qashqai, the Nissan's European best-seller, along with the Juke and the electric Leaf. De Ficchy raised the possibility that the models could be made at partner Renault SA's plants, but such a production upheaval would be costly and take years to put in place at a time when the car market is becoming increasingly competitive and undergoing an technological shift.

"My working hypothesis is to stay in Europe with a factory in England," de Ficchy said. Nissan nevertheless sees lower European sales in 2020, mostly due to its model range, and last year opted not to make the X-Trail SUV in Britain.

To encourage a revival, Nissan unveiled a new version of its Juke crossover, aimed at the European market, earlier this month. The same platform is being used by Renault to assemble the latest versions of the Clio supermini and Captur crossover, built across the Channel in France.

In Spain, Nissan's Barcelona plant is experiencing a drop in volumes and "is a subject that we are examining," de Ficchy said. Nissan has met Spanish unions to explain a need "to review our strategy in Europe including in Barcelona."

Nissan has already announced it will shed 600 jobs at the plant and any further decisions could be made in a few months, the executive said. The site also makes pickups for Daimler AG and Renault, with the German company recently announcing that it plans to pull production.

The Japanese firm has been mired in near-constant turmoil since the November 2018 arrest of former Chairman Carlos Ghosn on charges of financial misconduct. Hiroto Saikawa, Ghosn's successor and accuser, was ousted over issues of his own compensation, while efforts are ongoing to improve fraught relations with partner Renault.

By slashing its dividend payout to the lowest level since 2011 and pursuing a plan to cut 12,500 jobs globally, Nissan is trying to free up cash for investment in the next-generation technology needed to stay competitive in electric vehicles and self-driving cars. It has promised a detailed mid-term plan in May, which will be coordinated with one by Renault.

The alliance, which also includes Mitsubishi Motors Corp., agreed last month to coordinate strategies and name leaders for regions and technologies in a move designed to reverse managerial paralysis and a rapid deterioration in profitability over the past year.

Nissan has also made cars for more than a decade at a plant in St. Petersburg to serve the Russian market.