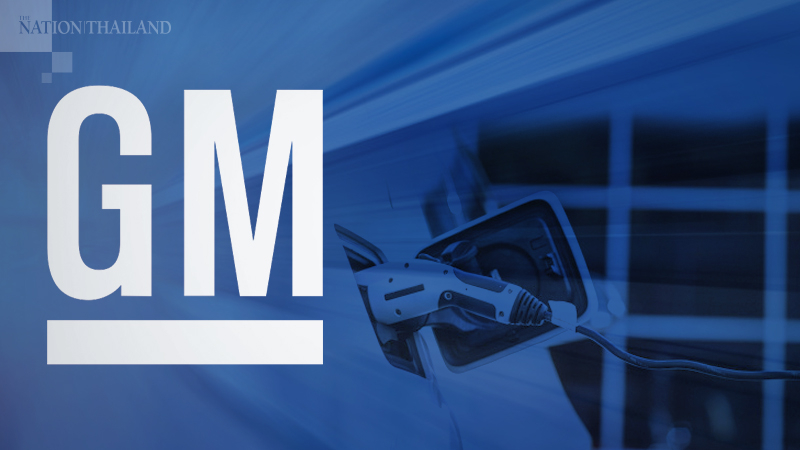 General Motors unveiled plans to roll out an electric vehicle for every one of its brands starting this year, vowing they'll make money and boast top-end range better than any Tesla Inc. model currently on the market.

The first of GM's flotilla of new EVs will be the Cadillac Lyriq luxury SUV debuting in April and a redesigned Chevrolet Bolt small car launching late this year. A bigger utility-vehicle version of the Bolt will land in showrooms in summer 2021, followed by the electric GMC Hummer pickup that LeBron James teased in a Super Bowl ad.

The battery packs powering GM's next-generation EVs will be branded Ultium and have pouch-style cells that can be stocked vertically or horizontally. Their design allows engineers to tailor batteries to different vehicle sizes and body styles, and the company estimates they'll achieve as much as 400 miles of range, more than the 390 miles Tesla now advertises for its top-end Model S.

Chief Executive Officer Mary Barra has been on a mission to remake GM -- once the largest automaker in the world -- by pulling the company out of regions where it underperformed and shutting down parts of the business that aren't making money. The savings wrought by those moves are freeing up resources to invest $20 billion into self-driving and electric vehicles by 2025.

"This is a historic moment for GM," Barra said in an interview Wednesday at the automaker's tech center north of Detroit. "We will offer EVs from every brand, in every segment and every price point. The path we're on will get us to an all-electric future profitably."

The new battery packs will be built using cells made jointly with South Korea's LG Chem at a cost of less than $100 per kilowatt hour, the price at which GM has said EVs will rival those of gasoline-powered cars. They'll use a proprietary low-cobalt chemistry, though the company also said it will license technology to other manufacturers.

During an investor and media event in Warren, Michigan, GM went into greater detail than it has before on how it will be able to bring EV costs down. One way will be less complexity: The company plans just 19 different battery and drive-unit configurations initially, compared with 550 combinations of internal-combustion powertrain combinations available now.

In a nod to legendary Chairman Alfred Sloan's goal to sell "a car for every purse and purpose," GM showed off nine different vehicles that will come to market by 2025. Buick has two different SUVs coming, and GMC will get a Hummer-badged large SUV in addition to the pickup. There's also a Chevrolet plug-in truck that GM showed on a video screen.

In addition to the Lyriq, GM showed a full-size Cadillac SUV with three rows that looks much like a battery-powered Escalade.

GM President Mark Reuss also revealed a long, hand-built Cadillac flagship sedan called Celestiq that's envisioned to be the brand's answer to Bentley. The idea is to make a statement that the struggling luxury division can build ultra-premium vehicles with the latest technology, he said.

"Do you think the Cadillac brand is in good shape? No, it isn't," Reuss said after the reveal. "But it will be. We will have a whole portfolio of new Cadillacs, one of which will be this transformational brand statement."

The keys to offering other models at more affordable prices will be battery chemistry and pack design. Cobalt is the most expensive commodity in a battery cell, and GM will reduce the use of it by 70%, said Andy Oury, lead engineer for GM's new packs.

The company also is working on a chemistry that has no nickel or cobalt that would eliminate the two most expensive ingredients for EV chemistry.

GM beat Tesla to the punch bringing out an affordable EV with more than 200 miles of range in 2016, a year ahead of the Model 3. But the company was said to expect to lose as much as $9,000 on each Chevy Bolt sold, and volumes have trailed well behind Tesla's cheapest sedan.

Tesla CEO Elon Musk's next model, the Model Y crossover, is now slated to start deliveries this month, getting a jump start on GM's new Cadillac.

For Barra's strategy to work, she will need to overcome some big challenges in the market. Tesla's brand is as synonymous with trendy electric vehicles as Apple's is with swank smartphones. GM's brands are known more for their large SUVs and pickups that run on gasoline and diesel.

GM has more customers in the U.S. than anyone and high loyalty rates, she said, but they don't shop Chevy or Cadillac dealerships for EVs.

Barra said companies have failed to beat Tesla because Musk's models have better range. If a car can't go 300 miles on a charge sales will be limited. The current Bolt goes 259 miles on a charge and its sales have been modest.

GM's next generation of EVs will be different, Barra said. The modular construction of its packs allow the company to build a big family of vehicles using essentially the same battery platform and three motors. That lowers costs for each model beyond what some competitors can do.

As GM works with partners to build out charging infrastructure with a focus on cities and suburbs, it will help convince existing customers to go electric and draw coastal city dwellers who don't buy GM's products, Barra said.