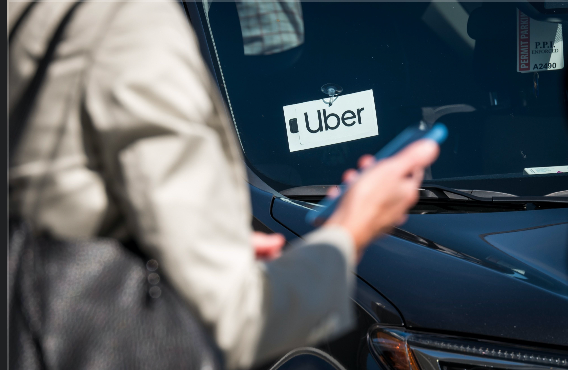 Uber executives rushed to assure investors Thursday that it could weather the coronavirus storm, even as they discussed a worst-case projection of ridership dropping as much as 80% for the rest of the year.

Already, passenger trips have declined by 60% to 70% in cities worst hit by the spread of the novel coronavirus, including Seattle, Uber chief executive Dara Khosrowshahi said in a call with analysts. Trips declined in Hong Kong by 45% but are on the rebound.

The ride hailing giant, which went public last year, has lost billions of dollars and laid off hundreds of workers in recent months, even before the coronavirus outbreak. This week, the company canceled its pool option and some investors have questioned how the company will make it through the pandemic.

Khosrowshahi said Thursday that it was too early to update its guidance for the coming quarter, which ends in June. But the company has $10 billion of cash on hand, something he said will give the company flexibility to withstand significant drops in demand.

"We've certainly got the balance sheet to stay the course," he said.

He added that Uber has already taken aggressive measures to cut costs internally, including freezing its head count and clawing back recruiting and marketing efforts, saving the company $150 million.

The company's stock rose 30% after the call in early trading to sell at around $19 per share, a $4 increase from the opening bell. That's down from the company's opening trading price of $42 per share last year.

The company's more realistic projection, Khosrowshahi said, was that cities that suffered outbreaks would recover in two-month cycles, the low point of which would hit in the coming quarter.

In the meantime, he said, the company has experienced a rapid demand increase in its Uber Eats food delivery service, as customers remain cloistered in their homes in the name of social isolation. Bars and restaurants around the country have shuttered by public order, though officials in many cases have allowed restaurants to continue a carryout-only business.

Uber has encouraged drivers who ferry passengers to transition to meals. "Our Eats business has an instant inflow of people who are ready to work," Khosrowshahi said. He said the company has used the crisis to cross-promote its Eats platform to passengers who typically just used the ride-hailing feature.

The majority of Uber rides customers don't use Eats, but they do use other food delivery services. The company is being "aggressive," he said, in trying to move customers over to both business lines.